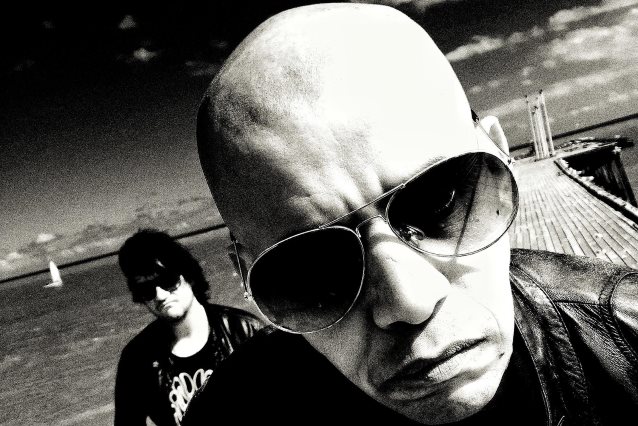 Less than three years after his departure from the British rock act THE DARKNESS, original drummer and founding member Ed Graham is back with a new alternative rock band, PUPPETS TO THE SUPREME COMMANDER, and the release of their debut single, "Ball & Chain".

The single, from the band's new four-track EP, was released on April 28 on the Ashwood Music label and reveals an exciting new sound which Ed has been working on with the multi-instrumentalist, singer-songwriter Angus Duprey since January 2015.

Talking about PUPPETS TO THE SUPREME COMMANDER, Ed said: "After leaving THE DARKNESS, I took some time out to put together the right formula for my next project and I'm very excited about the PUPPETS and the music we're making.

"Angus is brilliant at composing songs and can just pick up an acoustic guitar and spontaneously sing a song about the things around him from the people in the room to what's happening in his life.

"One thing I've learnt from my 17 years in the music business is the importance of good songwriting. You can have the best musicians in the world, but without great songs, there is little point.

"It's wonderful to be back playing great rock music with great musicians.

"We're very lucky to have compiled a band of talented players who can interpret the music and produce the exact sound we're trying to make."

With no shortage of talented musicians in the East Anglian region, there were plenty of offers and artists to work with, and several options were tried before the current lineup for PUPPETS TO THE SUPREME COMMANDER was finalized.

Owner of Ashwood Music, Sotos Yiasimi commented: "We believe that the PUPPETS have the vital ingredients to be successful in the music business today and are really proud to be part of the next bit of Ed's musical journey."

Ed said that he was thankful for the support of Ashwood Music and is enjoying having more artistic input into the musical output and video concepts than in his previous work.

Ed played an active role in the production of the DVD to accompany the single, which was filmed at a 1940s disused radar base on the cliffs of Hopton-on-Sea on the Norfolk/Suffolk border.

The name PUPPETS TO THE SUPREME COMMANDER came from the title of a song Angus performed with a previous band, GOID, and is a reference to the classical composer Arnold Schoenberg, who was quoted as saying, "When a musical idea unexpectedly pops into your head, it's a gift from the supreme commander.'

During a five-year period THE DARKNESS took a break from the business, Ed formed and played with the heavy metal band STONE GODS until THE DARKNESS's reunion in 2011.

Since leaving THE DARKNESS, Ed has been working on personal creative projects, been the subject of a fine art photographic documentary by rock art photographer Nick Elliott.

Originating from Oulton Broad in Lowestoft, Suffolk, Ed has returned to East Anglia and now resides in Norwich. 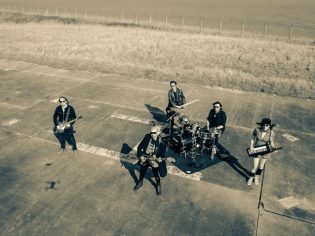