Swedish guitarist/producer Marko Tervonen (THE CROWN, ANGEL BLAKE, DOBERMANN) has launched a new project called LADY MOURNING. According to Marko, "The big difference [between this and my other projects] is that this music will be sung by a woman — my wife, to be honest. So all the sad melodramatic doomy songs that will pop into my head I will give to LADY MOURNING in the future.'

He continued, "There's a guy in the band called Andreas Tiberto. He takes care of the keyboard, synth, special FX stuff. And the man is simply a genius. Extremely talanted and I'm happy to share this trip with him.

"So, does the world need another female-fronted gothic band? Hell f***ing yes! These songs are turning out really killer and the atmosphere in the music is really unique, I must say!! I hear weird references in my head like MASSIVE ATTACK, 'Blade Runner' (yeah, the movie), MUSE, KENT, WOVEN HAND, etc."

LADY MOURNING hopes to release its debut album during 2009.

The group's lineup is as follows:

More musicians will be added to the lineup prior to the start of the album-recording sessions.

Regarding the current status of ANGEL BLAKE, Marko said, "My precious ANGEL BLAKE where I really have an outlet for heavy melancholic music. Actually, ANGEL BLAKE will evolve into something that is a bit more heavier. I really liked the style of songs like 'Anywhere But Here', 'Defenseless', 'Descended'... The more up-tempo styled songs. That is the direction I will go with the next album."

As previously reported, four former members of the now-defunct Swedish death/thrash act THE CROWN — including Marko Tervonen — have joined forces in a new band called DOBERMANN. The group, whose lineup is completed by vocalist Andreas "Whiplasher Bernadotte" Bergh of the Swedish industrial goth metal band DEATHSTARS, is currently recording a collection of tunes which are being described as "pure death/thrash metal."

Commented Tervonen: "I love death metal and to be working again with my CROWN homies is just incredible. I love it. The album will be finished when it's finished. We don't have a deadline for it, we are really making sure that this will kill kill kill!!!! When the album is done, you'll hear more about this band."

Tervonen told BLABBERMOUTH.NET: "Not many people noticed when THE CROWN released the 'Possessed 13' album that Andreas actually wrote the lyrics to the song 'Deliverance'. Also 2002 when THE CROWN was without a singer Andreas was supposed to fill in for a U.S. tour (featuring KREATOR and DESTRUCTION) with us, but logistics got in the way so we cancelled the tour. So he's definitely not a stranger to us."

THE CROWN split up more than four years ago due to "too many tours gone bad due to not at all professional tour arrangements," according to a March 2004 statement released by Saarenpää. He added, "Coming home from tours with empty pockets, equipment falling apart and having a pile of bills on the doorstep is simply 'horns down'. Paying the bills with tour memories and floorscores is just not possible. We do love standing on stage but we don't know much about the business part, and that's a bad combination." 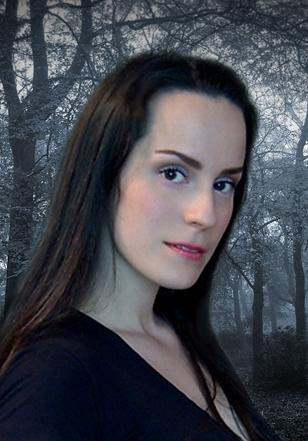