On January 6, Dave Browne (pictured below wearing a suit), the former drummer of the Australian thrash metal bands TARAMIS, CLAUZ and NOTHING SACRED, passed away unexpectedly at the age of 43. He released two albums with TARAMIS, "Queen Of Thieves" (1987) and "Stretch Of The Imagination" (1991). Ironically, these CDs will be re-released in February through My Graveyard Productions. As a member of CLAUZ, Dave Browne recorded the album "Strict Regime" (2002).

Dave's funeral will be held on Friday, January 16 at 2:00 p.m. at Bill Matthews Funeral Services in Lilydale, Victoria, Australia. 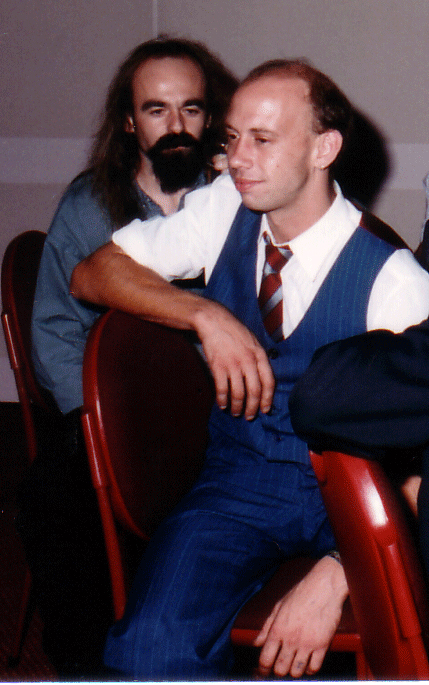