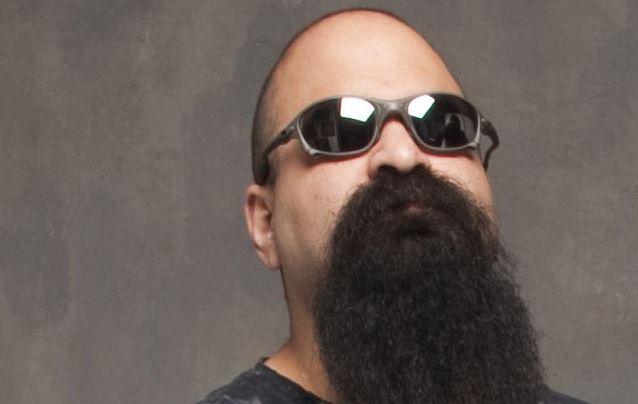 "I'm having a hard time finding the words to express how I feel right now, and it's taken me a long time to even try to write something.

"I knew Wayne for 15 years. Some of the best times of my life were with him. I considered him a good friend.

"It's sad the way our friendship ended, but even more sad that we never got to settle things between us.

"Even though we were no longer friends the last five years, I held on to a sliver of hope that my old friend would come back. We were like family: Koichi Fukuda, Nick Oshiro, Erik Fincher, Bruce Reiter, Brandon Webster, Dinkus Maximus, Royal Jensen; we all just wanted our old friend back. Sadly, that'll never happen.

"I feel so horrible for his parents and his brother and sisters. I can't even begin to imagine what they must be going through. My deepest condolences go out to them. All we can do now is remember the good times we all shared.

STATIC-X broke up for the second and final time in June 2013 after Wayne failed to reach an agreement with Campos about Static's continued use of the STATIC-X brand in connection with Wayne's solo band.

Wayne relaunched STATIC-X in 2012 before with new bandmembers and had been paying Campos for the rights to use the STATIC-X name while on tour.

Static, whose real name was Wayne Richard Wells, passed away quietly in his sleep, according to a publicist. Static was just getting ready to head out on co-headlining tours with POWERMAN 5000 and DROWNING POOL when he died. There has been no official confirmation of the cause of death, but some of Static's music industry colleagues suggested in their reactions that drugs may have been involved.

STATIC-X released five more studio albums, with the last being "Cult Of Static" in 2009.