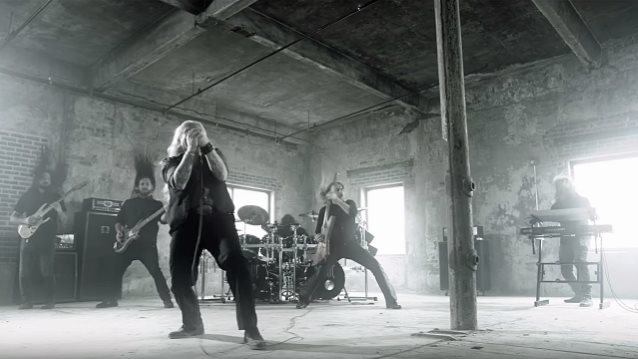 Former SLIPKNOT drummer Joey Jordison has launched a new band called VIMIC. He is joined in the group by singer Kalen Chase Musmecci, who has toured with KORN as a backing vocalist and percussionist, and Joey's former SCAR THE MARTYR bandmates Jed Simon (guitar), Kyle Konkiel (bass) and Matthew Tarach (keyboards).

VIMIC recently completed work on its debut album, "Open Your Omen", with producer Kato Khandwala, who has previously worked with THE PRETTY RECKLESS and WE ARE THE HARLOT. The CD will be released later this year via Roadrunner Records.

The official video for the VIMIC song called "My Fate" can be seen below. The clip was directed by Max Moore.

VIMIC, Jordison explained, was born from the blueprint of his previous band SCAR THE MARTYR, which he worked on during his off time from SLIPKNOT. After his exit from SLIPKNOT, he took some time to think about what he wanted to do with his music career going forward.

"Basically, [after] my departure from SLIPKNOT, [I was] readjusting what I wanted to do musically with the rest of my career, and just kind of reforming my thoughts on what I wanted to do, I decided that I really wanted to start fresh, man," he told SiriusXM's Jose Mangin. "I did not want to keep rehashing some old ideas and stuff like that. I'm, like, if I'm gonna keep going, I really wanna just break loose and I just wanna wipe the slate clean and start fresh. So I renamed the band and I got a new singer and I got a new keyboard player. There's three other members that still exist from the SCAR THE MARTYR lineup."

He continued: "We just went into the studio. Like, no stress — we went down to the basement and we just started demoing material, and everything really started clicking. And demoed probably about forty songs. So as soon as we got done with probably about a good twenty of 'em, of course, we shopped it to the label and all that stuff, and kind of got on page with them with what they liked, what we thought we could improve on, and kind of went back to the drawing board, as most bands do, and kind of kept going at it. So we went into the studio with Kato Khandwala and we just started hashing it out, man. [It was] kind of old school; we didn't have too much pressure from the label. We just went in, like, 'Let's just go back to just getting in the studio, jamming as a band, getting together with our instruments, and not having anything too formulated and just creating from the ground up."

Joey added: "One of the coolest things about creating this record was it was really old-school style, and that's one of the biggest results out of the final product, and we're totally proud of it, man. We're excited about it."

There is no set release date yet for VIMIC's debut album, according to Jordison, who is the only member of the band based in Des Moines, Iowa. "Right now we're juggling a couple of different release dates," he said. "We just wanna make sure, in this day and age, that everything lines up with other releases and also… We just got done with all the videos and everything, and all the production is pretty much finished. So we just wanna make sure that everything is lined up correctly, so the timeline absolutely strikes at the perfect time and everything lines up correctly. So it's a little bit of a strategy and it's a little bit of a puzzle, but it always works out, and I think we're just about there."

Asked if there are plans for VIMIC to hit the road in support of "Open Your Omen", Joey said: "Absolutely. You can rush stuff and just get out there to get out there, but I'd rather take the time and make sure everything is just perfectly lined up. We just wanna make sure that we're doing the right thing at the right time. And everything looks to be going good. So we're gonna be on tour here pretty soon. Everything is looking positive, man."

SLIPKNOT announced in December 2013 that it had parted ways with Jordison, one of the band's founding members and key songwriters. SLIPKNOT singer Corey Taylor told Metal Hammer that firing Jordison after 18 years was "one of the hardest decisions" the group ever made, adding that Jordison is "in a place in his life" which is "not where we are." 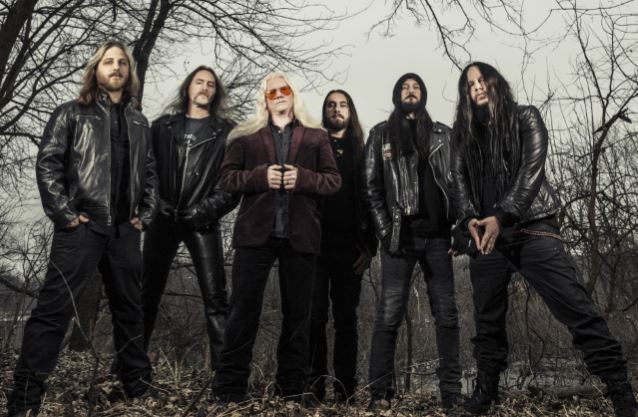