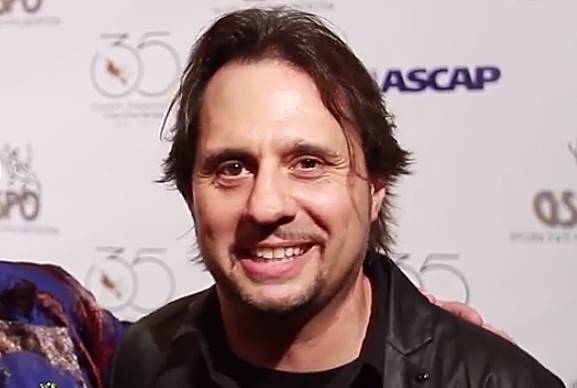 Owais "Vitek" Wani of Metal Wani recently conducted an interview with former SLAYER and current PHILM drummer Dave Lombardo. You can now listen to the chat in the YouTube clip below. A couple of excerpts follow.

On the status of the second PHILM album:

Lombardo: "The second album was being written as we were mixing the first album. So at this point, we already have the second album written, recorded and we're just waiting for a record company. Mike Patton [FAITH NO MORE singer and owner of Ipecac Recordings, which released the first PHILM album, 'Harmonic'], from the record company Ipecac, he's only putting out three albums this year, and it's unfortunate that this one isn't one of them. He just had to scale back. Of course, the music industry isn't what it was anymore, so he had to scale back his [release schedule]. Which is all good; I totally understand. So right now I'm just shopping the record to several other companies and we'll see what happens. Hopefully it can be released as soon as possible. I'm getting really anxious to put this album out, because it's uniquely different than the other one. It's not as experimental as the first one. This particular album, the new one, the songs are a little more concise and straightforward, so there's not a lot of improvisation or a lot of places where the band decides to take off musically and improvise. So we kept it together this time on this record. And right now, as I speak, this album's done and we already have, like, five songs for the [third] record. I've got some really talented musicians, and we could come up with music fairly easy. So I'm excited about this new group."

Lombardo: "It made me feel really, really good. Bill Ward and I, we've established a very nice relationship. We keep tabs on each other. I always ask him how he's doing, and he's in communication with me as well. So we have a nice little thing going on. He's just a nice friend, and I'm very happy to have met him recently. The first time that I met him was in 2004 on a BLACK SABBATH reunion, JUDAS PRIEST reunion… I think that was the first time… It was, like, a festival that SLAYER played. I met him way back then; it was very brief. And then we re-met about a year ago."

On whether he has listened to the new BLACK SABBATH album, "13", and what his thoughts are on it:

Lombardo: "No, I haven't. I heard, like, one song. I don't know… I just can't listen to BLACK SABBATH unless it's with Bill… It's one of those things that you wanna hear it, you wanna get into it, but ahhh… it would have been soooo much better if Bill Ward was there. I mean, it's not the first time — I think there was an album Carmine Appice… no, not Carmine… that Vinny Appice played on — and that's a fantastic record, but that hit me at a different time. I was more open to the possible changes within bands. Right now, just knowing a little bit of the SABBATH situation, I just really didn't have the interest to listen to that album. But I will one day, eventually. It's gonna cross my path. I just haven't purchased it."

On late SLAYER guitarist Jeff Hanneman being excluded from the list of faces and names showcased during Grammy Awards' "In Memoriam" segment this year:

Lombardo: "Yeah, that was disappointing. But they're notorious for that. That organization is predominantly rap- and country-driven. And they don't wanna hear rock; they don't care about rock and metal. Metal, I think, is music for misfits, and it's played by misfits. And what do they wanna do with this kind of music? We wanna get recognized? They're not gonna do it. Let it be. Let it be. We don't need a doorstop. Metal doesn't need a doorstop or an organization to recognize who we are. We have our fans. Let the voice of the fans show how big metal is."

On the most important lesson he has learned in his three decades as a professional musician:

Lombardo: "There is absolutely no friends when it comes to money. That's the number one lesson I've learned."