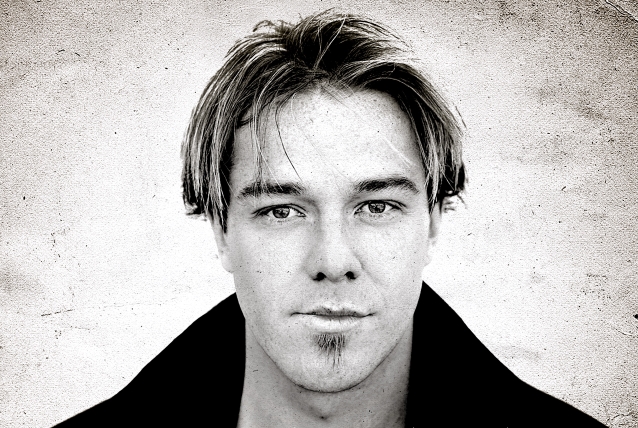 "Crucified", the new video from former SICK PUPPIES singer Shimon "Shim" Moore, can be seen below. The song is taken from his latest solo album, "Shim", which was released last September via BFD, distributed worldwide by The Orchard.

Moore said: "The video portrays the dilemma that when faced with a life-changing decision, it won't just change your life, it will change the person you become within it. Over the course of the last couple of years of rebuilding and reinventing myself, I had a lot of people try and dissuade me, or attempt to stop me, or attempt to crucify me. How you handle yourself under those circumstances dictates the person you will become.

Shim will hit the road on a headline tour with MADAME MAYHEM. The trek begins on March 2 in Colorado Springs, Colorado at The Black Sheep and concludes March 27 in Nashville, Tennessee at The End.

When Moore first began writing solo music, a piece of early career advice stuck with him.

Truth is, Shim's blood courses through every song he's ever written and recorded. Millions of fans worldwide connected to his songwriting, spirit, and soul across four full-length albums from the RIAA platinum-certified SICK PUPPIES — which he founded in 1997. Following his split from the group during 2015, the Australia-born and Los Angeles-based singer, songwriter, and producer did what he does best: write.