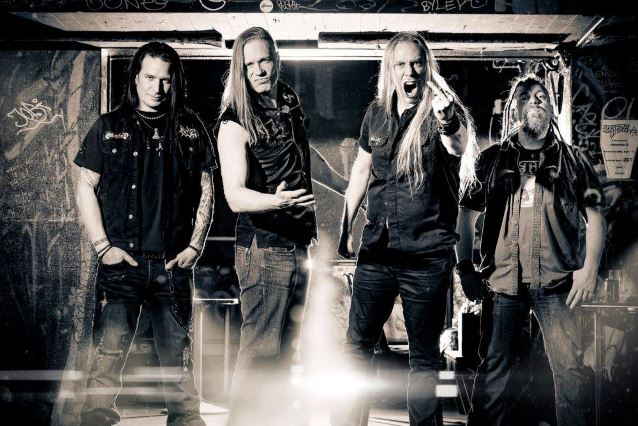 Former SENTENCED and POISONBLACK frontman Ville Laihiala has launched a new band called S-TOOL. He is joined in the Finland-based group by drummer Aksu Hanttu (ENTWINE), bassist Kimmo Hiltunen (LULLACRY) and guitarist Sami Leppikangas. Laihiala describes the band’s sound as more straightforward and heavier than POISONBLACK and SENTENCED, and he draws parallels to PANTERA and ENTOMBED.

S-TOOL recently started a GoFundMe campaign to raise funds for the recording of the band's debut album. Ville said: "For years, we all have been doing albums with record companies, but hearing, seeing and feeling the people's support at the live shows, fan web sites etc., we'd want to take a different road this time. It would mean a world to us to do it this way. Together. For it is still the fans who keep the bands alive. And, honestly, we do not have the funds to finish the album. So, with whatever amount you can help us will be grately appreciated and remembered."

S-TOOL's video for the song "Shovel Man" can be seen below.

POISONBLACK announced last August that it was taking an indefinite hiatus, explaining that it was "time to stop and think about the future." The band's sixth studio album, "Lyijy", was released in September 2013.