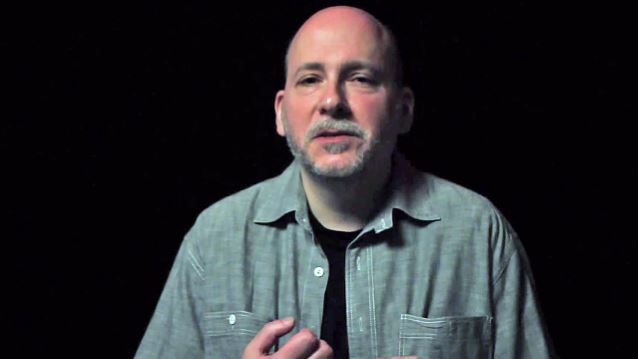 FEAR FACTORY will tour Europe this fall in celebration of the "Demanufacture" anniversary. The trek will be a very rare event for fans, with FEAR FACTORY playing "Demanufacture" in its entirety. They will also showcase songs from their new album, "Genexus", due out August 7 via Nuclear Blast.

Commented FEAR FACTORY's Burton C. Bell and Dino Cazares: "If you had told us in 1995 that we would be touring 'Demanufacture' for its 20th anniversary in 2015, we would have said, 'Ya right! Get fucked!'

"The years have flown by in colorful and adventurous memory. 2015 has arrived, and FEAR FACTORY will be performing 'Demanufacture' in its entirety for the very first time for the U.K. and Ireland fans in December. We are very excited to perform this seminal album for the audience that made 'Demanufacture' a legendary success."

"Demanufacture" was a landmark release for FEAR FACTORY and for the metal genre. It is generally considered to be the band's defining work and a heavy metal classic, with its refined production, industrial textures, precise musicianship and greater dimension of sound. It succeeded in giving the band a more futuristic feel than previous works. The concept is based around one man's struggles against a machine-controlled government — with each song marking a chapter in his life, taking huge inspiration from the "Terminator" film series. The group's working relationship with "Demanufacture" producer Rhys Fulber continues to this day.

The follow-up to 2012's "The Industrialist", "Genexus" was mixed by Andy Sneap (ARCH ENEMY, TESTAMENT, EXODUS, MACHINE HEAD). Artwork was once again handled by Anthony Clarkson. Drums on "Genexus" were performed by Mike Heller (MALIGNANCY). 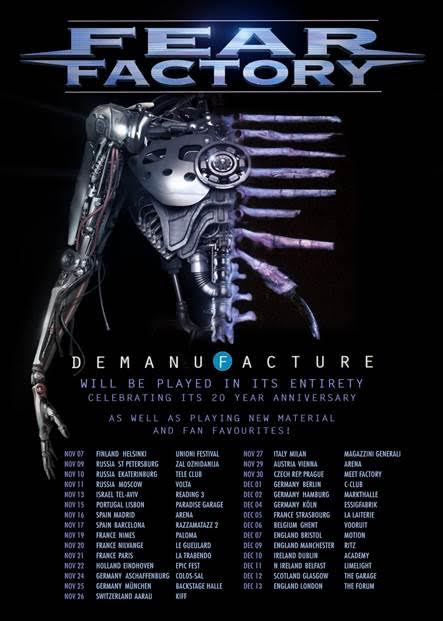