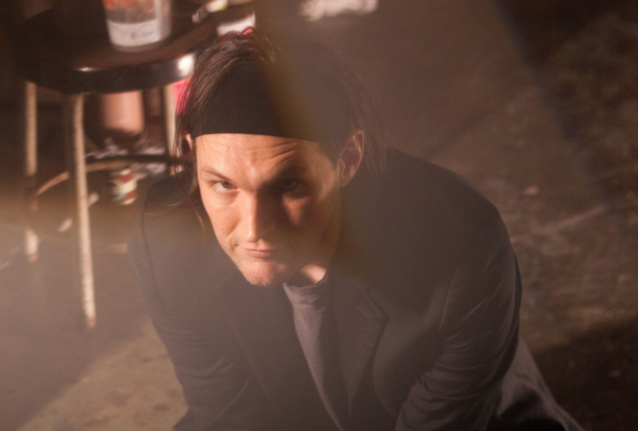 Josh Klinghoffer's band PLURALONE's second album, "I Don't Feel Well", will be released on October 16 via Org Music. The disc's first single, "The Night Won't Scare Me", can be streamed below.

"I Don't Feel Well" is singer/songwriter and multi-instrumentalist Klinghoffer's first album since leaving the RED HOT CHILI PEPPERS, and his second full-length since the critically acclaimed "To Be One With You" was released in late 2019. It comes out after a series of cover singles and viral videos brought him much solo success, including an appearance on Marc Maron's "WTF" podcast.

"The Night Won't Scare Me" is a sprawling bit of piano-driven rock, cut with blazing guitars and anchored by a gripping vocal performance from Klinghoffer. Klinghoffer tells Rolling Stone that the track began with a chord progression he originally wrote while still with RHCP, but that he completed in a burst of creativity after his departure.

"This is a wild time," Klinghoffer said about the new release. "This album was made during and amongst some very new experiences. I hope it captures some of how it felt during this period. I'll feel better when this is behind us."

Amidst the backdrop of a global pandemic, political unrest, and wildfires raging across the western United States, Klinghoffer hunkered down and found the inspiration to complete the sophomore release.

Coming on the heels of "To Be One With You", the follow-up seems like a natural progression, just as dynamic and fluid in its arrangements, but more lyrically and stylistically focused in its execution. Similar to the avant-garde pop of "To Be One With You", Klinghoffer leans heavily on piano and keyboards for the foundation of most songs, with some surprising outliers such as the anthemic, guitar-heavy track "Mother Nature". The album weaves sparse rhythmic moments with grandiose arrangements of strings and layered vocals, showcasing Klinghoffer's impressive range and signature falsetto. Beneath its gorgeous playing are crepuscular ruminations about sufferings behind the narrator and wise lyrics about enduring the days ahead, wrapped in various points of view.

Listeners may find "I Don't Feel Well" to reflect the fears and hopes in their own lives, as Klinghoffer weaves sparse rhythmic moments — on first single "The Night Won't Scare Me", as well as key tracks "The Report", "Carry" and "Plank" — with grand arrangements of strings and layered vocals, showcasing Klinghoffer's impressive range and signature falsetto. By all accounts, "I Don't Feel Well" is a reflection of the trying times we find ourselves in; often dark and reflective, but with a glimmer of hope and underlying themes of solidarity, something we could use a bit more of these days.

At just 40 years old, Klinghoffer has amassed a resume which dwarfs even the most seasoned musical veterans. He became the youngest Rock And Roll Hall Of Fame inductee at 32 as a member of the RED HOT CHILI PEPPERS. While best known for his decade long role with that band — which came to an unexpected end in December 2019, just after the release of PLURALONE's "To Be One With You" — Josh's credentials extend back to his teenage years. He's been a member of groups like ATAXIA, WARPAINT and THE BICYCLE THIEF, he's toured and recorded as a session musician with notable artists, including PJ Harvey, Beck, BUTTHOLE SURFERS and Gnarls Barkley, he also fronts the group DOT HACKER, with frequent collaborators and musical heavyweights Jonathan Hischke, Clint Walsh and Eric Gardner.

Recording and releasing music in the age of COVID-19 provides some unique challenges. PLURALONE was set to perform publicly for the first time by supporting PEARL JAM on their North American "Gigaton" tour, one of the first major tours to be postponed due to the virus.

While live events are still on hold, seemingly indefinitely, Klinghoffer has kept himself busy during his time in quarantine; recording videos of various covers and stripped down versions of tunes from "To Be One With You", sitting in with PEARL JAM for a live-stream performance, and paying tribute to Joe Strummer with an acoustic cover of "Rudie Can't Fail" during a virtual fundraiser event on Strummer's birthday. 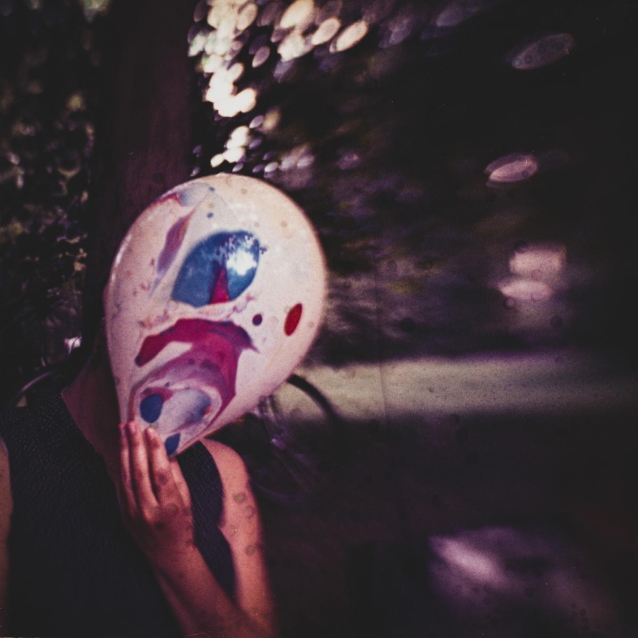