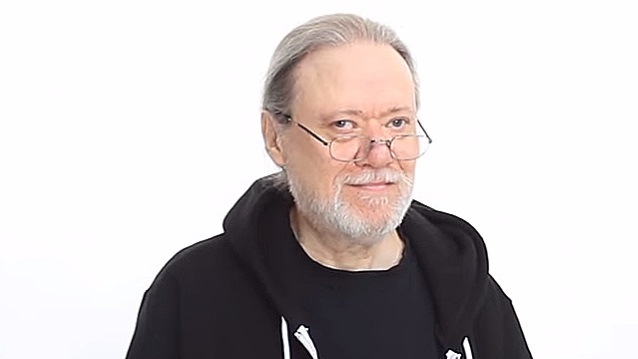 RAMONES manager with Silent Partner Management confirmed to the Los Angeles Times that Ramone was 65 and not 62 (as widely reported elsewhere).

Born Erdelyi Tamas in Budapest, Hungary, Ramone is survived by Tienan and an older brother. A private funeral service is planned.

When the RAMONES first came together, with Johnny Ramone on guitar, Dee Dee Ramone on bass and Joey Ramone on drums, Erdelyi was supposed to be the manager, but was drafted as the band's drummer when Joey became the lead singer and found that he couldn't keep up with the RAMONES' increasingly fast tempos. "Tommy Ramone, who was managing us, finally had to sit down behind the drums, because nobody else wanted to," Dee Dee later recalled.

Tommy remained as drummer from 1974 to 1978, playing on and co-producing RAMONES' first three albums, "Ramones", "Leave Home" and "Rocket To Russia", as well as the live album "It's Alive". He was replaced on drums in 1978 by Marky Ramone, but handled band management and co-production for their fourth album, "Road To Ruin"; he later returned as producer for the eighth album, 1984's "Too Tough To Die".

Dee Dee, in his books, expressed resentment towards Tommy for having it "together" more than anyone else in the band, being able to cook himself dinner and organize his life in a much more functional manner, without the psychosis or addiction problems that Dee Dee himself suffered from. In comparison to everyone else in the band, Tommy was seemingly "normal," though there are accounts of him partying with the band and driving them around in his car in the early days.

Tommy Ramone wrote "I Wanna Be Your Boyfriend" and the majority of "Blitzkrieg Bop" while bassist Dee Dee suggested the title. He and Ed Stasium played all the guitar solos on the albums he produced, as Johnny Ramone largely preferred playing rhythm guitar.