The long-anticipated return of Rusty Cooley has arrived with his band DAY OF RECKONING and the release of their new album, "Into The Fire". The effort will be made available as two EPs (parts 1 and 2) each featuring five intense metal tracks.

DAY OF RECKONING was formed in 2010 following the breakup of Cooley's former band OUTWORLD. Stylistically, DAY OF RECKONING has a brutally straight-ahead approach that incorporates elements of Cooley's progressive metal past. The current album draws from various metal sub genres such as thrash, speed metal, metalcore, death metal, as well as others.

In addition to Cooley, DAY OF RECKONING's lineup includes Matt Hough (guitar), a North Texas graduate who is a former student of Cooley's. Hough also professionally performs and composes jazz and classical music; Sherman Clark (bass), an accomplished bassist who was featured in several projects throughout Houston prior to joining DAY OF RECKONING; Brad Lambert (vocals), a Houston studio co-owner, engineer, and session musician featured in several Houston music projects. Lambert was selected for an audition following a guest feature that Cooley played on during a live performance.

DAY OF RECKONING is presently in the process of hiring a permanent drummer, who will be announced in the spring of 2016. The current album utilizes the services of former OUTWORLD drummer Matt Smith. With the help of drummer Adrian Galindo (AEGIS, AWAIT THE DESOLATION), DAY OF RECKONING is excited to release its new album. It has been in production for the last two years and faced many delays through various personal struggles of the band. However, they are pleased to announce that they are finally ready to unleash it to the world. 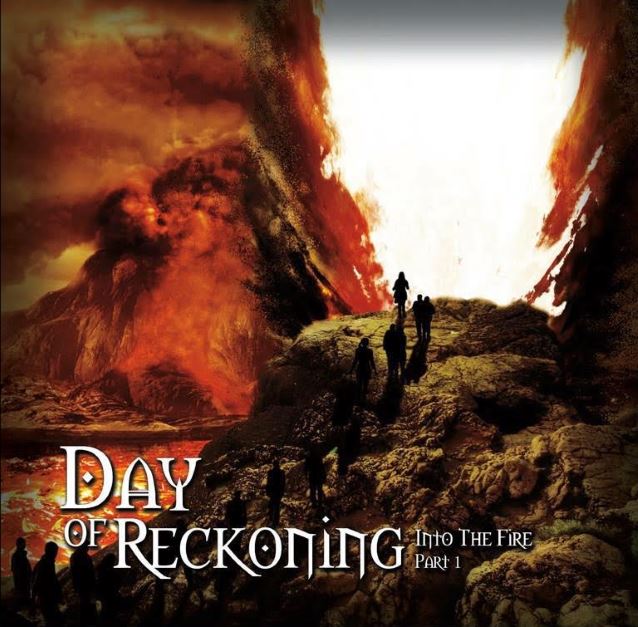