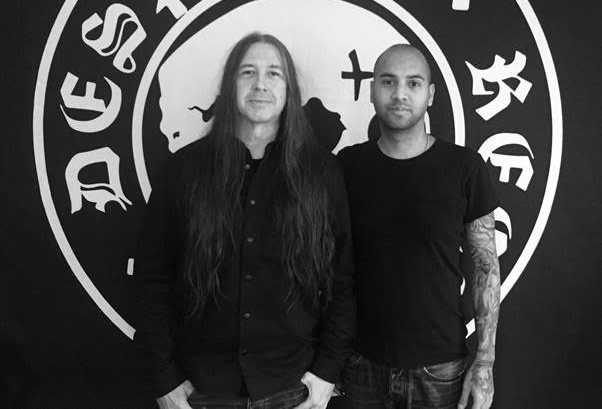 Per Wiberg, the Swedish multi-instrumentalist who has played with such bands as OPETH, CANDLEMASS, KAMCHATKA and SPIRITUAL BEGGARS, will release his debut solo album, "Head Without Eyes", on April 19, 2019 via Despotz Records.

Says Wiberg: "This album has been in the making for quite some time and I was pleasantly surprised to hear that Despotz caught wind of it. They're no strangers to me, having been signed to Despotz with the band KAMCHATKA in the past. They've expanded since and have quite a diverse roster these days which they're very passionate about.

"I'm a firm believer in working with people that want to work with you, meaning that the foundation for the relationship is the actual music and not a forced collaboration. Therefore, I'm, of course, very glad to see there's a genuine interest in my album here at Despotz and I'm really looking forward to work together on this, my maiden voyage."

Ömer Akay of Despotz Records said: "Per Wiberg is a juggernaut in the music business and we at Despotz are so happy to join forces with Per again. I think it proves that hard work and dedications is the magic ingredients in the relationship between a mastermind musician and innovative record label. Per's long-anticipated genre groundbreaking solo album, 'Head Without Eye', hits the world on April 19th, 2019 and it's already my top 10 favorite albums for next year!"