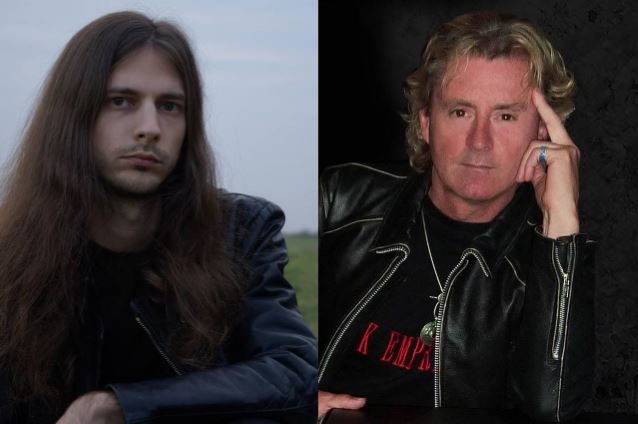 Muenzner comments: "After finalizing my second instrumental solo album, 'Beyond The Wall Of Sleep', in spring 2014, I finally wanted to realize a dream I've had for many years, which was to create a band that would allow me to return to the style of music that was my first love, that is neoclassical power metal with a progressive twist and a powerful, classic metal vocalist. Between fall 2013 and winter 2014/2015, I wrote 10 songs for the debut album, 'The Fire Within', which we recorded between December 2014 and May 2015. The album was, like my last solo album, mixed, mastered and co-produced by Per Nilsson of SCAR SYMMETRY."

He continues: "I am very honored to announce that Ian Parry (ex-ELEGY, CONSORTIUM PROJECT) is the vocalist of the band. I've been a fan of his singing since the amazing albums he did with ELEGY in the '90s and early 2000s. His wide vocal range, sheer power and soulful delivery fits perfect with the songs I have come up with.

"The lineup is basically the same as on my last solo album, with the addition of Ian Parry. I understand people might be a little surprised that there's yet another project in which I'm working with Hannes and Linus, but the simple truth is that they are just the best rhythm section I know, they play together extremely well and exactly know what fits best to my songs, so it was just the most logic solution to work with them again in the context of this new band. The same goes for keyboard wizard Jimmy Pitts, with whom I traded countless of solos on my last solo album. If you like what we did there, you will love this new album, as the guitar/keyboard interplay basically continues right where we stopped last time."

ETERNITY'S END has launched a crowdfunding campaign on Indiegogo to recoup the production costs for the debut. The campaign runs until February 23. The band also released a first Soundcloud teaser of six minutes including snippets from various songs of the album.

"The Fire Within" will be released in March.