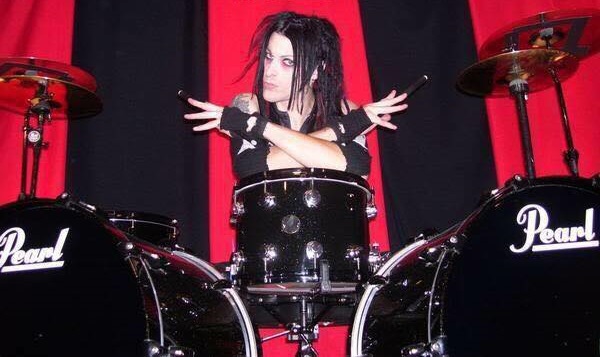 The news of Ben's death was broken on Facebook by his fiancée Lydia, who wrote: "This is incredibly hard for me to write this, but I know it is necessary because Ben has so many friends and fans.

"Most of you don't know that Ben has been battling cancer for the last 11 months. It was his decision to keep his health very quiet.

"Ben passed away today, May 9th 2018, from complications due to his cancer. His diagnosis was grim, but he fought a long and hard battle to try and beat it and overcome the odds. Some battles can't be won no matter how hard you try.

"Please respect me, his family and close friends while we grieve. Even though we knew it was eventually coming, the complication was sudden and very unexpected.

"It's devastating to lose someone you love more than yourself. My heart is broken, my heart died with him.

"We will be taking him home to Massachusetts. I will organize a memorial for Ben's L.A. friends, details to follow."

MURDERDOLLS frontman Wednesday 13 mourned Graves's passing, writing in a Facebook post: "I will forever cherish the memories with you. Touring all over the world for the first time, living our dream and constantly quoting 'The Terminator' and 'Commando' movies. Love ya, buddy. There will never be another Ghoul. See ya on the other side."

Graves was a member of the MURDERDOLLS from 2002 until 2004. He later told Metalliville in an interview that the experience changed his life. "It took a world that I had always fantasized about and made it my reality, which was the whole reason I moved to Los Angeles in the first place," he said. "So joining that band was definitely a good starting point for me."

According to Ben, the chemistry between the MURDERDOLLS members was unlike anything he had been involved with. "The original MURDERDOLLS lineup was one of those rare and unique situations where the right people are in the right place at the right time of their lives, and all of those ingredients come together in a way that's not at all premeditated," he said. "I think that happens every once in a while, whether it be in music or art, where something is created that people really respond and connect with."

In the same interview, Graves said that he "always wanted to be a drummer. When I first got started, there was really never a question as to what instrument I would play," he said. "When all my friends went out and bought guitars, which seemed to be the instrument that everybody wanted to play, it never crossed my mind to follow — not once. I always just felt very attracted to the drums for some reason. I related to them a lot more naturally than any other instrument. Whenever I would go to a concert, my attention would always be focused on the drummer. Or even when we would hang out after school and watch music videos, I always wished that they showed more shots of the drummer. It just looked incredibly fucking fun to me, and I remember sitting there thinking, or probably even saying out loud, 'I wanna do that!' I think another reason I felt drawn to the drums is because they were 50 percent physical, 50 percent mental. Before I got into drums, I was completely obsessed with martial arts for that same reason. Even before I started playing drums, I always felt very connected to rhythm in general, so it was a natural choice. There's something about drumming that is very primal, and that aspect has always appealed to me."

A message from Ben’s fiancé, Lydia.

This is incredibly hard for me to write this, but I know it is...