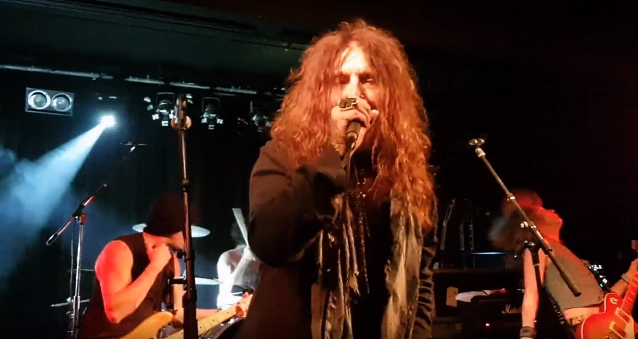 Former MÖTLEY CRÜE singer John Corabi celebrated the 25th anniversary of the band's 1994 self-titled album by performing the LP in its entirety at every show on his four-date Australian tour at the end of March. Fan-filmed video footage of the March 28 concert at The Crowbar in Sydney can be seen below.

Ahead of the trek, Corabi told Australia's Heavy magazine about playing the CRÜE songs again: "I've got to be honest — when I was rehearsing the first time when we did it on the 20th anniversary and going back and listening to the vocals, I was kind of kicking myself in the arse going, 'Holy God, what was I thinking?' The vocals are just so high, full-tilt the whole time, even on the ballads. It was definitely interesting, but you know what? I've got a great band. My son is my drummer. Everybody really came to the table and did a great job learning the stuff. I'm just looking forward to getting down there, revisiting everything and putting the MÖTLEY shows to bed. I think Adelaide is the last show on the trip, so basically, these four shows, it's the last hurrah. This is the last time I'm going to be doing these shows. When we're done, it's time to move on. I want to do a new record, and I want to be able to play [other material]. I've got THE SCREAM, UNION, THE DAISIES, I'll have new material, the MÖTLEY stuff. I've got a ton of albums to pick and choose from, so after the Australian shows, I'm going to put it to bed and move forward and start writing some new material."

Asked about the fact that many consider his work with MÖTLEY CRÜE to be the band's finest hour, John said: "I know for a lot of the fans, they thought it was a great record. I know for some fans, they were just like, 'Nope.' Still to this day, there are some fans who are like, 'I don't want to listen to it. I'm not even going to bother with it. It didn't have Vince [Neil] on it, so it's not a MÖTLEY record.' That's the beauty of choice. It doesn't offend me. To each his own, but at the end of the day, I'm very proud of the record that I did with the guys. I had a great time doing it, and to some degree – not solely because of the MÖTLEY thing — but I think being in MÖTLEY has helped the longevity of my career a bit. I'm always going to be the asterisk — the other guy. [But] life is good, man."

Regarding his split with MÖTLEY CRÜE, John said: "There was some talk that Vince was coming back. It was kind of just brushed aside. I went to rehearsal one day, and when I walked in and saw all the managers and the lawyers, I'm like, 'Uh oh. This isn't going to be good.' That's when they told me. A lot of people don't realize it, but I was in the band [for] five years, and they basically said, 'Hey man, thanks for all your efforts. We love you, but the record label just isn't going to support this version of the band.' Out the door I went. It was sudden, but it really wasn't because there was a lot of rumblings. I'd go to the Rainbow or a club and people were saying, 'I think I saw Tommy and Nikki at this Mexican restaurant with Vince.' I'm like, 'What?' There [were] rumors and people gossiping, so I kind of thought it might be coming, but it was absolutely definite when I saw the lawyers." 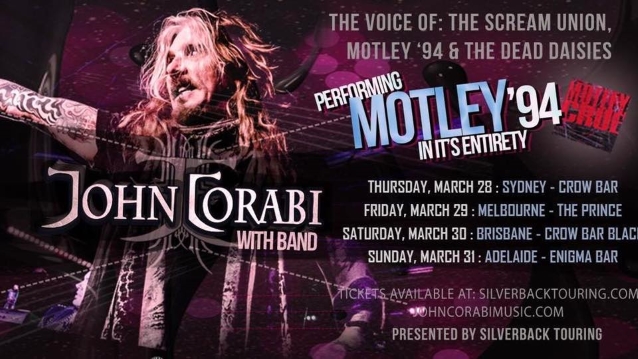