Former MORTIIS drummerturned-contemporary-artist Svein Tråserud (a.k.a. as Leo Troy) has issued a series of limited-edition prints drawn from his collection of unique and unusual works. The prints, "Vannbæreren", "Untitled" and "Fruit Head - Pear", feature striking images born from the creative mind of the emerging Norwegian artist and have been chosen to showcase a range of his epoxy works. Each design, which is limited to twenty copies, is printed on Hahnemühle Fine Art Baryta 325gsm paper and individually signed and numbered by the artist.

"Vannbæreren" was chosen by international award winning Norwegian author Hans Herbjørnsrud for the cover of his latest book, "Her Kan Alt Skje" ("Anything Can Happen Here"), which was released earlier this year through one of Norway's largest publishing houses Gyldendal. The illustration is part of a series of works called "Herbjørnsruds Universe", which is inspired by Hans Herbjørnsruds' complex and multi layered short stories. On choosing the cover design, Hans Herbjørnsrud stated, "I chose Svein Tråserud to illustrate my short stories because he is the best of all to express the hallucinated realism I write."

Earlier this year, Tråserud had the opportunity to exhibit some of his works at the Notodden Centenary Exhibition, which took place at the Telemarksgalleriet in Notodden, Norway. The exhibition was part of an initiative by the gallery to mark the one-hundredth anniversary of the Norwegian town of Notodden and also give exposure to works from a cross section of artists. The exhibition celebrated the town's rich and wide-ranging culture, both old and new. Alongside the heritage of its folk music and folklore, it is also home to some of the world's well-known modern day rock/metal acts such as EMPEROR, ZYKLON and MORTIIS.

Tråserud was a member of MORTIIS for six years until 2007, during which time he undertook numerous tours and appeared on the 2004 album "The Grudge", which was released through Earache Records. The album produced two U.K. singles — "The Grudge" and "Decadent & Desperate" — which charted at No. 51 and No. 49, respectively.

Svein Tråserud is building his profile as an artist having already exhibited his works in the U.K. and Norway, with more countries expressing an interest (in his works). Though not mainstream, his works have an appeal that will grab the attention of many viewers. Art has become a burning passion for Svein, whose motivation behind his works is "old versus new" as he mixes new medium with old crafts. The artist lived the rock and roll life for many years, touring the world with top underground band MORTIIS. Then in 2007 he left the music industry to pursue his long-standing passion for the arts, entering a world of solitude and introspection filled with possibilities limited only by his own imagination. Svein Tråserud has set his sights high with an aim and desire to establish something unique in the art world. He previously commented on his future goals and ambitions stating that "my grand idea is to develop and create something new and outrageous, something that the art world can't ignore."

Further information and images are available at www.the-ophistodome.com. 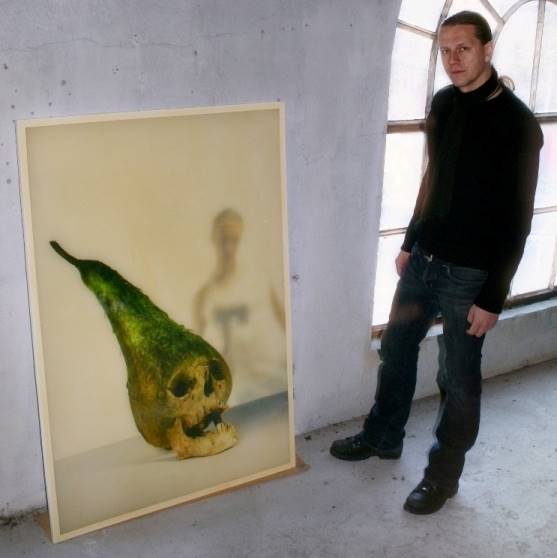