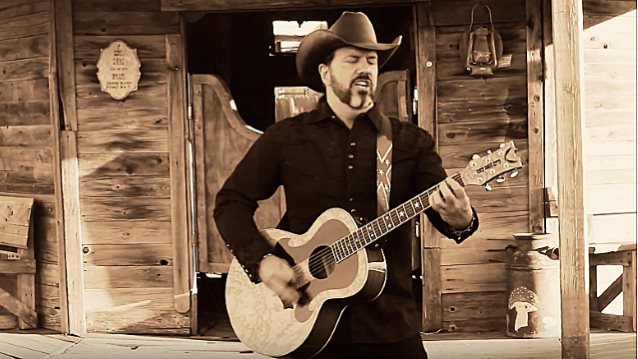 As the legendary voice of the genre defining extreme metal purveyors MORBID ANGEL, David Vincent's unapologetic rebel approach has been a force in the music world since the mid 1980s. Inspired by his Hill Country surroundings and 'Lone Star' culture following his relocation to Austin, Texas in 2014, Vincent took a big step "out of the box" to a dirty, organic Texas country outlaw style reminiscent of the original country outlaw performers of the 1970s. His outlaw country single, "Drinkin' With The Devil", made its debut at SXSW in March 2017 and was released on limited-edition seven-inch vinyl through Chicken Ranch Records. The track was recorded, produced and engineered by Grammy-winning producer Gene "Machine" Freeman (LAMB OF GOD, KYNG, CLUTCH) at Machine Shop Studio in Dripping Springs, Texas.

For the "Drinkin' With The Devil" official music video, Vincent wanted the style to be similar to a 1960s / 1970s western movie. It was filmed on location at J. Lorraine Ghost Town in Manor, Texas, a true ghost town just a short drive from Austin which his publicist, Suzanne Penley, discovered after a month-long search.

The official music video was filmed, directed, edited and produced by Joshua Allan Vargas and co-produced by Jvstin Whitney. An independent filmmaker who has directed/filmed over forty music videos, Vargas made national headlines in 2012 for his true crime biopic "In A Madman's World", a film detailing the life of Elmer Wayne Henley, the teenage accomplice of Houston's most famous serial killer Dean Corll. While going through Henley's personal effects, Vargas uncovered not-yet-discovered evidence of another Corll victim. Vargas also filmed and directed the soon-to-be-released heavy metal horror splattermovie "Hairmetal Shotgun Zombie Massacre: The Movie" in which Vincent, Tom Araya (SLAYER) and Randy Blythe (LAMB OF GOD) have cameos in.

Vincent spoke to SkullsNBones.com last year about how his country project came about. "Just like most musicians, I listen to and am inspired by all types of music," he explained. "When I moved to Texas, I found myself immersed in this scene, kept an open mind to it all, and found new inspiration by some of the artists around here. I began writing songs, man; [it's] as simple as that. I know it's not what many people would expect from my career in metal, but it's still me, you know. I'm still as open as I've ever been, and I'm still as passionate with this material as I was with anything else I've ever done before…. It's my take on things, and it's different than what you'll hear from most of the other acts in this genre."

Vincent added that he expected a large portion of the MORBID ANGEL fans to be resistant to his new musical output. "There's a lot of people who see this 'metal' guy trying this new thing and may not give it a shot, but the ones I've shared it with have been really impressed," he said. "A lot asked why I didn't do this sooner, and it's simple; people find their way to things when they find their way to things. It doesn't mean that I'll never play metal again, by any means, but this is where my heart is at right now, so I want to put out the best material I can, and have fun with it. We have a lot of cool stuff coming up that may surprise some people, but it's all about writing the best songs, and having fun. That's where I'm at right now, and I'm pretty damn happy." 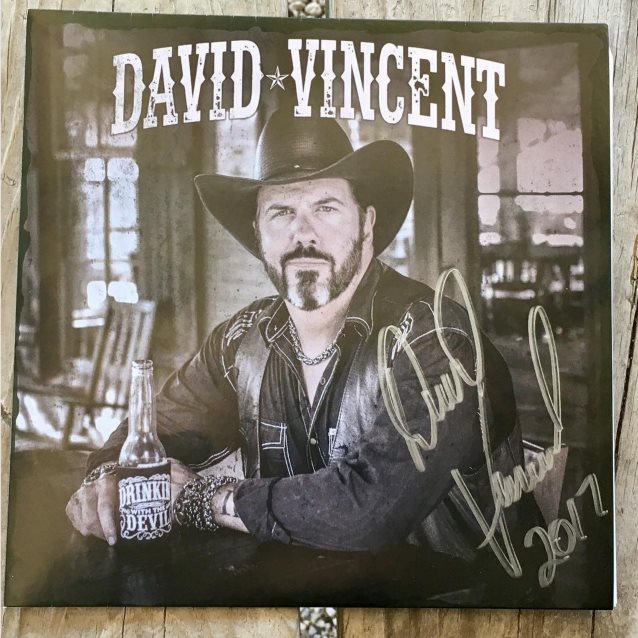