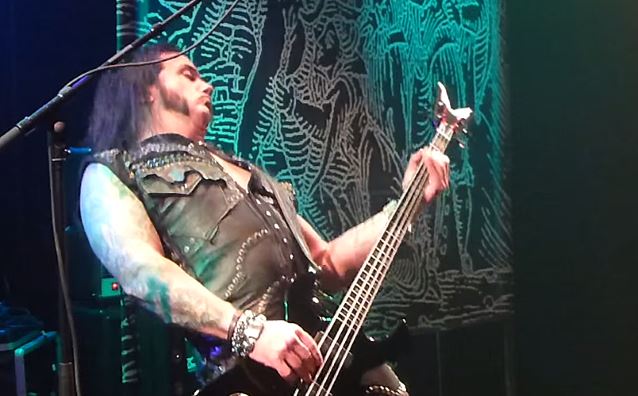 "Manufacturing Evil" will be released on April 1 through MEGADETH bassist David Ellefson's EMP imprint through the legendary label Megaforce.

GREEN DEATH was brought to EMP's attention via SLIPKNOT/STONE SOUR frontman Corey Taylor after performing at the 2015 edition of SLIPKNOT's Knotfest. Initially released independently, the reissued version of the critically acclaimed "Manufacturing Evil" will feature some new mixes, mastering, and surprises, including guest vocals by Vincent.

With the core of the band playing together for well over a decade, GREEN DEATH — consisting of vocalist Sol Bales, drummer Ryan Berrier, guitarists Erich Tran and Mark Reinking and bassist Parker Willis — has become a staple in the Midwest metal scene, earning their stripes playing alongside artists like SUICIDAL TENDENCIES, SEVENDUST, TRIVIUM, SLIPKNOT, DYING FETUS and more, and releasing two critically acclaimed LPs. 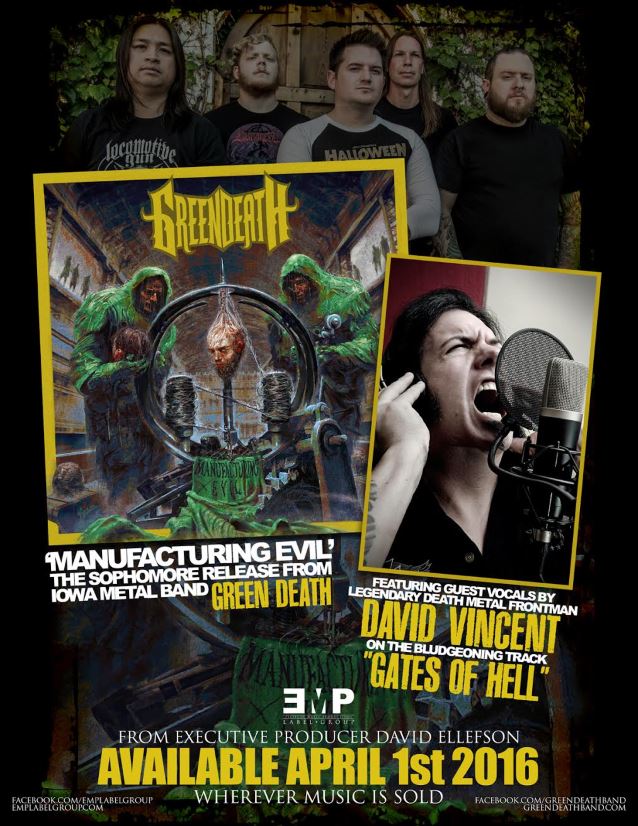