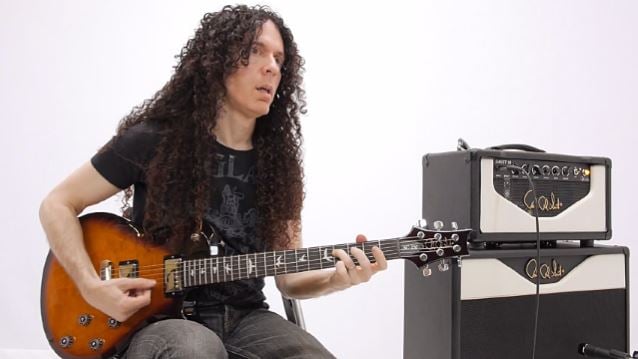 Marty Friedman is working with "an excellent biographer" on the former MEGADETH guitarist's autobiography, to be released in late 2015. Marty says: "It surprises me how crystal clearly I actually remember everything to the smallest detail. I'm excited about it. It will be juicy yet life-affirming, no doubt."

Friedman recently spoke to Wondering Sound about his decision to leave MEGADETH in 1999 in order to make the kind of music that he was passionate about: Japanese pop music, or J-Pop, which Friedman calls "embarrassingly happy."

Marty's new solo album, "Inferno", sold around 2,100 copies in the United States in its first week of release to debut at position No. 186 on The Billboard 200 chart. The CD was released on May 26 via Prosthetic Records (except in Japan, where the album was made available through Universal Music).