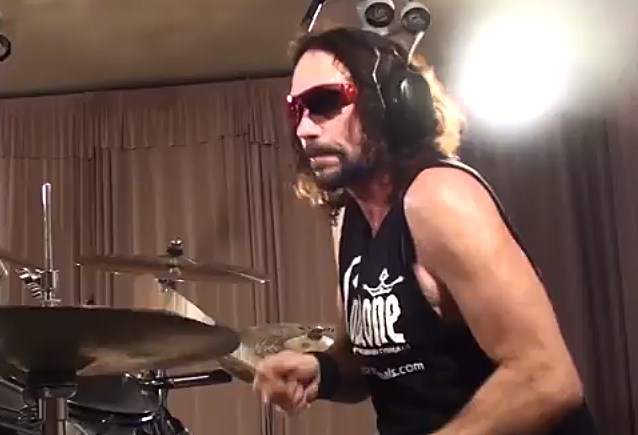 Said Menza: "I'm very honored to be part of this major event, as well as seeing my good friend David Ellefson whom I have not talked to in years. I will be on sight for from 1 p.m. to 5 p.m. on Sunday, September 15 signing posters for my upcoming book release. Stay tuned for the unveiling of the working title and cover art. Come on out; it's for a great cause!"

By 1998, while MEGADETH was still touring in support of "Cryptic Writings", Menza was having knee problems and sought medical advice. He was informed he had a tumor, which was later found to be benign, and had it removed. As a result, MEGADETH hired a temporary replacement, Jimmy DeGrasso, rather than cancel any dates. When the time came to record a follow-up album, Menza was not asked back and DeGrasso became the band's official drummer. Menza has said in several interviews that, while in the hospital recovering from knee surgery, he received a phone call from MEGADETH mainman Dave Mustaine that simply said "Your services are not needed anymore."

Following the reissue of the entire MEGADETH catalog, Menza was invited to reunite with the band in 2004. Days after a reunion was announced, Menza was fired after rehearsals and replaced with Shawn Drover. Mustaine said that this was because Nick "just wasn't prepared."