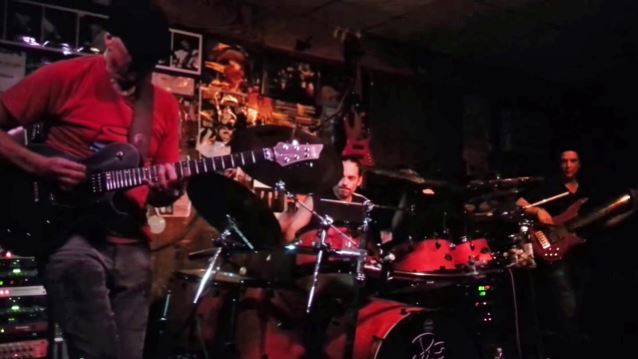 Menza's addition to OHM: follows the recent passing of the band's previous drummer, David Eagle, who suffered a heart attack and had open-heart surgery in May.

On July 9, Poland and Menza performed at a benefit concert for Eagle at The Baked Potato in Studio City, California. Fan-filmed video footage of the event can be seen below.

Regarding the new project's musical direction, which has been described by some as "LED ZEPPELIN meets METALLICA," Nick said: "It's got some elements of that, but I'd say we're just so far beyond everything that's been heard already. It's gonna be a conglomerate of styles. It's gonna be what we like to do best — have fun, play… Our material is gonna be really out there. It's gonna be different. It's gonna pumped, it's gonna be heavy, but it's gonna be us."

[Note: The music performed in the clips below is not to be confused with the project that Poland and Menza are working on with LoMenzo.]