Says the band in a statement: "The vast experience all four of us have gathered during our times in previous bands creates the perfect background for unlimited inspiration and a result of highly mastered musical craftsmanship. The songs; as hard as it is right now to put a description on them, they are a mix of all that... yet something completely new!"

CYHRA has just entered the studio to begin recording its debut album for a fall 2017 release via Spinefarm.

Jake has described CYHRA's sound as "modern metal" with "Jesper's style from old melodic IN FLAMES and my vocal melodies." He added that "Our intention is that both AMARANTHE fans and IN FLAMES fans will at least have a listen to CYHRA and hopefully like what we're doing."

Iwers issued a statement in November saying that he was leaving IN FLAMES "to pursue other endeavors." He has since been replaced on the road by Håkan Skoger (PASSENGER, GARDENIAN).

Strömblad quit IN FLAMES in February 2010 in order to continue receiving treatment for his alcohol addiction. He later formed THE RESISTANCE with Marco Aro (vocals, THE HAUNTED) and Glenn Ljungström (guitar, ex-IN FLAMES), only to exit that band in March 2016. THE RESISTANCE bassist Rob Hakemo later slammed Jesper in an interview, calling the guitarist "an alcoholic" and "drug addict" who "doesn't want to [get] sober." 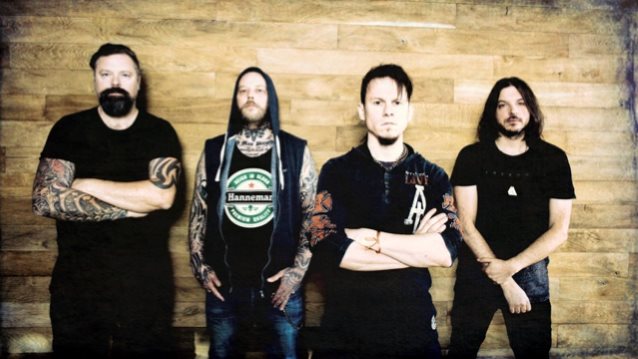