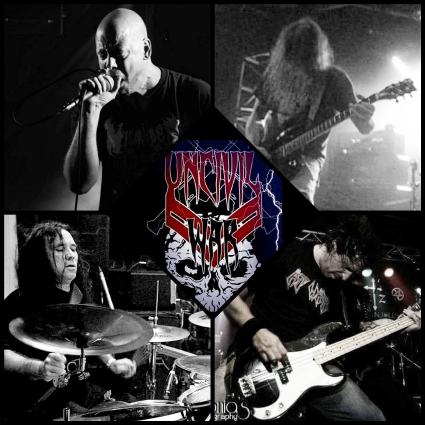 A teaser clip of the song "Sin" from UNCIVIL WAR's upcoming album, "Battle Ground", can be heard below.

"Sin" was produced and mixed by former JUNGLE ROT bassist Chris Wisco, a.k.a. Chris Djuricic, at his Studio One in Racine, Wisconsin and the drums were recorded by Mike Sim at Sim Studios in Brooklyn, New York.

UNCIVIL WAR recently completed three songs and is scheduled to re-enter the studio some time in late November.