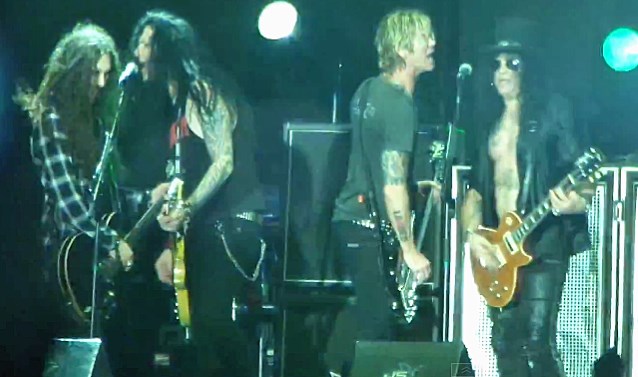 Former GUNS N' ROSES members Slash, Duff McKagan and Gilby Clarke reunited on stage last night (Saturday, March 7) during SLASH FEATURING MYLES KENNEDY & THE CONSPIRATORS' concert at Mandarine Park in Buenos Aires, Argentina. Duff sat in for two songs, "It's So Easy" and "Paradise City", the latter of which also included an appearance by Gilby. McKagan also got up on stage and played the same two tracks during SLASH FEATURING MYLES KENNEDY & THE CONSPIRATORS' March 6 show at Teatro Vorterix in Buenos Aires. Fan-filmed video footage of both concerts can be seen below. 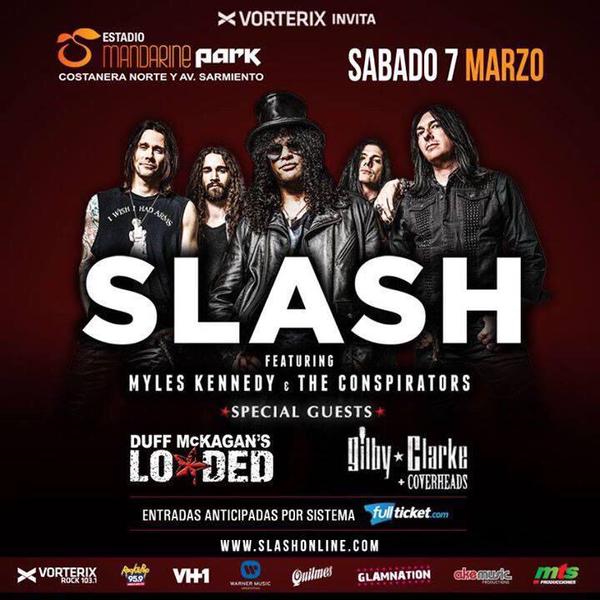