Former GUNS N' ROSES guitarist Gilby Clarke has signed a deal with Golden Robot Records. He will release his first solo album in 15 years, "The Gospel Truth", later this year.

Mark Alexander-Erber, Golden Robot founder and president, says: "I couldn't be happier to sign such an incredible artist like Gilby Clarke to our GRR international roster. He is totally authentic through and through. He brings such a wealth of experience to his songwriting, playing and producing and I know the world is ready for his new solo album which is a long time coming. It is an honor to release this record."

Clarke was equally excited about the signing, saying: "I am so happy to be a part of the Golden Robot family for my new solo record. I use the word 'family,' because I feel like I found a home. We share the same passion for rock and roll! Rock and roll is alive and well, and together we will turn it up loud!"

At last month's NAMM show in in Anaheim, California, Clarke stated about the long delay in getting his new solo album completed: "For me, I can't do a record unless I feel good about the songs. I wanna make a record that I wanna listen to. So, these songs I'm really excited about. They're new songs. It really is classic rock. There's really nothing new on it — it's just a new version of what I like to do, which is loud guitars, man. So, I went in there. I used guys like Kenny Aronoff on drums, Steve Perkins — some really great players. I played all the guitars and did all the singing on it. But I think it's good — I think it's a good fresh approach on classic rock, really." 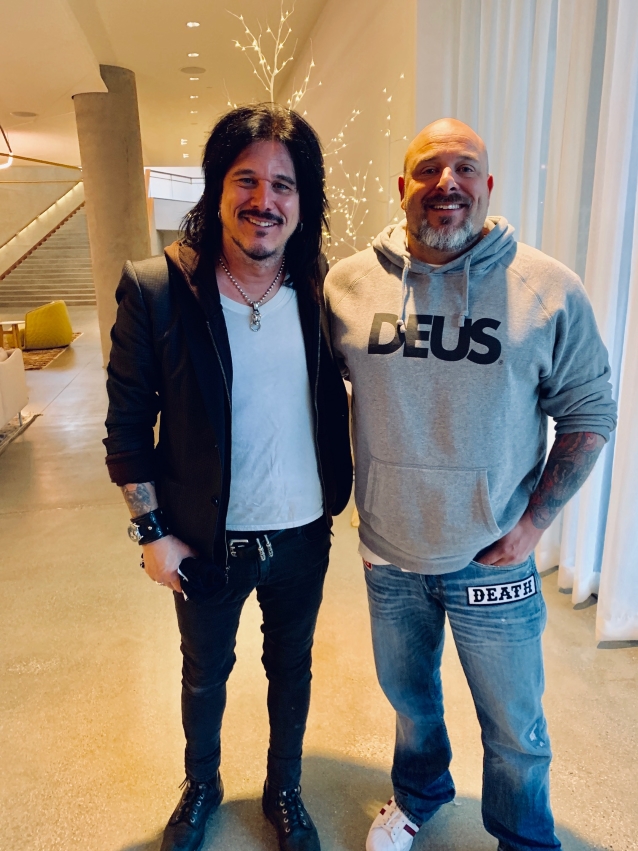