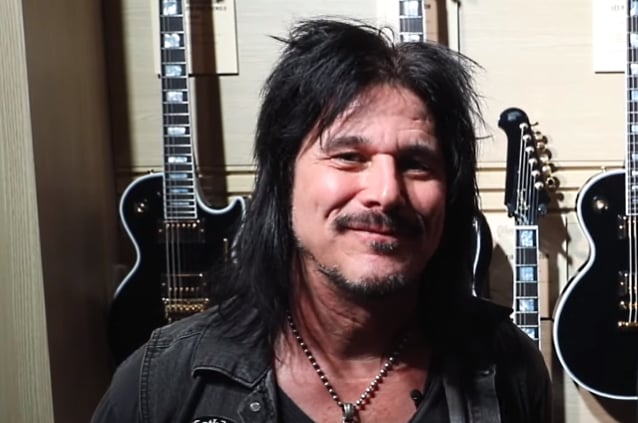 Former GUNS N' ROSES guitarist Gilby Clarke says that he is "really excited" about his upcoming solo album. "I have not done a record since 2003, so it's been a long time coming," he told Gibson Guitars at this weekend's NAMM show in Anaheim, California (see video below)

"For me, I can't do a record unless I feel good about the songs. I wanna make a record that I wanna listen to," he continued. "So, these songs I'm really excited about. They're new songs. It really is classic rock. There's really nothing new on it — it's just a new version of what I like to do, which is loud guitars, man. So, I went in there. I used guys like Kenny Aronoff on drums, Steve Perkins — some really great players. I played all the guitars and did all the singing on it. But I think it's good — I think it's a good fresh approach on classic rock, really."

Asked when fans can expect to see his new record released, Clarke said: "I think May. May is our plan, so hopefully May. I mean, this has been going on for a few years. The deal is done. I hope for May."