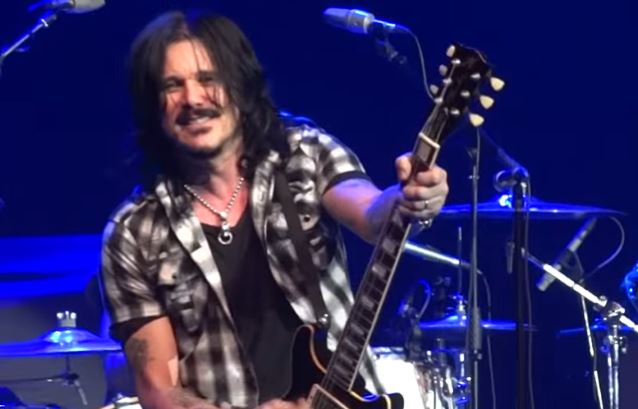 According to The Pulse Of Radio, former GUNS N' ROSES guitarist Gilby Clarke was asked last week by podcast host Eddie Trunk for his thoughts on a GN'R reunion, following reports that long-estranged singer Axl Rose and guitarist Slash had recently repaired their relationship. Clarke, who was not an original member of the group, said: "It's strange. I mean, obviously, we've all heard [the rumors]. I actually did not know the news that Slash and Axl had talked, I didn't know, and I see him all the time. I don't know… I mean, obviously, it would be great for music if it did happen."