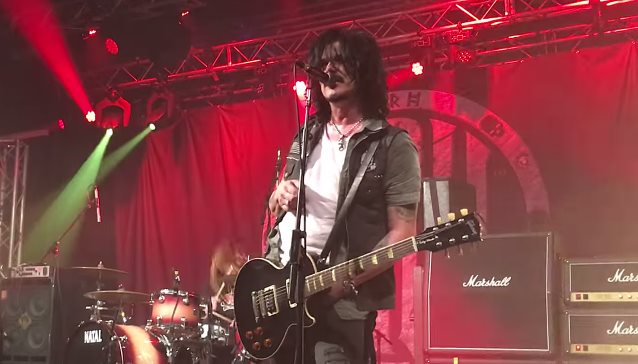 Former GUNS N' ROSES guitarist Gilby Clarke has completed recording his new album. The disc, which is expected next year, will feature many prominent musical guests, including MÖTLEY CRÜE bassist Nikki Sixx. "It still needs to be mixed," Gilby tells The Cornwall Seeker. "It's a solo record, but with that being said, there are many guest drummers and bassists. I play all the guitars and vocals. On drums, I had Kenny Arronoff [CHICKENFOOT], Stephen Perkins [JANE'S ADDICTION], Matt Starr [ACE FREHLEY, MR. BIG] and many others; while on bass Sean McNabb [QUIET RIOT, DOKKEN], Muddy Stardust, EJ Curse and Nikki Sixx make appearances."