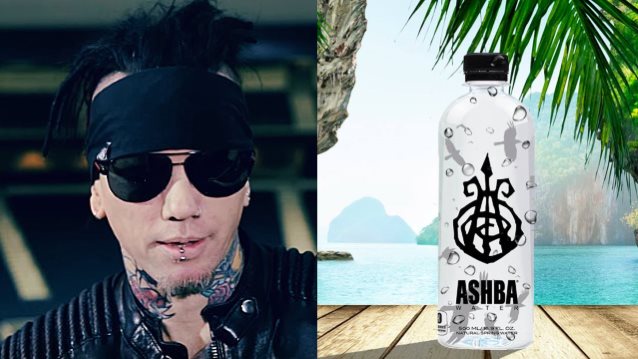 Said Ashba: "Everybody keeps asking me, 'Why water?' For many, many years, I've been wanting to do an alcohol or… like a vodka or a tequila… And I was actually in my clothing store at the Stratosphere [in Las Vegas] designing a vodka bottle, and a kid came in and asked if we had some water. And he left. Probably thirty minutes later, somebody else came in asking if we carried water. And a third person walked in [asking for water]. And I just sat there and I go, 'You know what? Why am I not doing water?' Because everybody can buy water. And, to be honest, there's very few really good good-tasting waters out there. So we did an extensive amount of research, found the best bottling company we could possibly find, and that was it. And we went to work. So it is awesome. And it's really fucking killer quality — 21-gram plastic bottles, so it's not the kind where you open it up and shit goes all over the place."

SIXX:A.M. is currently on a break from touring while the band's bassist Nikki Sixx recovers from hip replacement surgery.

Ashba, who joined GUNS N' ROSES in March 2009 following the departure of Robin Finck, issued a statement in July 2015 saying that he was leaving GUNS N' ROSES "to dedicate myself to my band SIXX: A.M., my adoring wife and family, and to the many new adventures that the future holds for me."