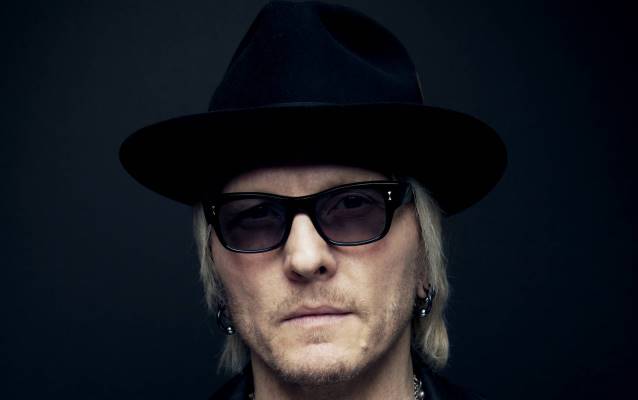 Rock legend and animal activist Matt Sorum is keeping tabs on a moon bear he's named Phoenix (pictured below) who has been treated by vets at a former Chinese bile farm.

Phoenix has been rescued by animal welfare charity Animals Asia as part of the world's biggest bear rescue as they transform a one-time bear farm in Nanning, China into a sanctuary.

Matt, the former GUNS N' ROSES drummer, now increasingly revered for his animal welfare work, has adopted the bear who has been receiving recent medical attention.

As a result of years on the farm suffering regular bile extractions for use in traditional Chinese medicine, plus poor diet and care, Phoenix had been in a bad way. But with Animals Asia taking over, Phoenix is now stronger due to a new diet, and vets are working to improve her health.

Phoenix still has scarring where "free drip" extractions had taken place — literally a hole carved in to her body for the bile to leak out. Although healed on the outside, she will be prioritized for the removal of her gall bladder in future due to the damage it has suffered. Vets have already removed a number of teeth — damaged by bad diet and from Phoenix literally trying to chew her way out of her cage.

Sorum said: "I've been kept up to date with Phoenix's progress by Jill Robinson, the founder of Animals Asia. Including Nanning Bear Farm, they have rescued over 500 bears in Vietnam and China. That's an incredible number, but this connection with a single bear really brings it home to you. The years of pain and suffering she has endured is heartbreaking.

"Their work continues to inspire and the fate of China's moon bears is one the world needs to know about. We can all help. It must end."

The good news for Phoenix is that Animals Asia is converting the site into an open-air sanctuary. As her rehabilitation continues, Phoenix will swap her current concrete cell and cage for an open enclosure alongside the rest of the rescued bears.

In China, there are over 10,000 bears still in bear bile farms — a practice that Animals Asia is campaigning hard to end.

Robinson added: "Matt is a wonderful ambassador for us and the bears. He never stops working, and his concern for Phoenix is incredibly touching.

"Matt is a true animal lover and we're proud to work with him.

"To say that a Rock And Roll Hall Of Famer is now as revered for his animal welfare work just shows you his incredible level of commitment.

Matt also joined the "Sh!t In The Woods" campaign to end bear bile farming. Join Matt and pledge your support by visiting www.bearinthewoods.org. 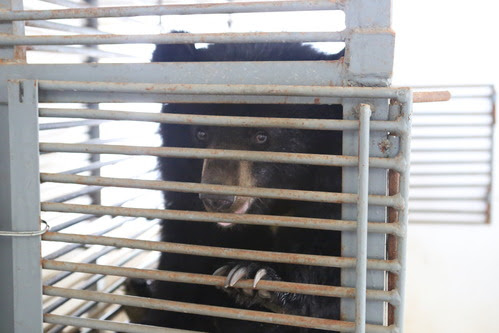