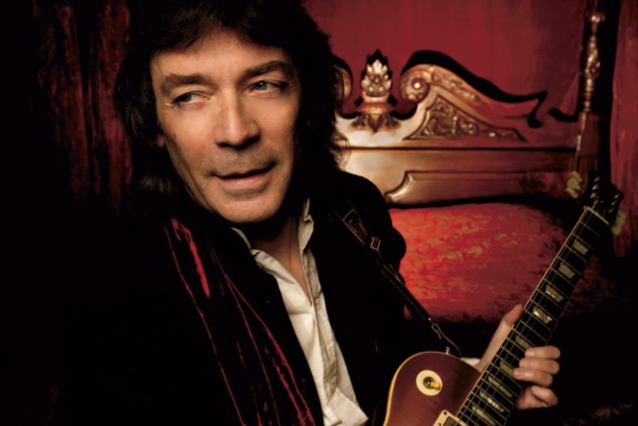 July 2020 sees the publication of "A Genesis In My Bed" — the long-overdue autobiography from guitar great and former member of GENESIS, Steve Hackett. As with his music, Steve has written a highly detailed, entertaining and embracing tome that charts his life in full, but with a firm emphasis on his years with GENESIS that saw the band's meteoric rise to become one of the most successful British bands of all time.

Steve talks candidly about his early life, his time with GENESIS, and in particular his personal relationships with the other four band members, with great insight into the daily goings on of this major rock band

Naturally, "A Genesis In My Bed" also regales stories of Steve's career since leaving GENESIS and the many different journeys that it has taken him on. With his flair for the creative, and a great deal of levity, "A Genesis In My Bed" is also a riveting read. Indispensable for GENESIS fans but also essential for general music lovers and avid readers of autobiographies full of heartfelt and emotive tales.

Steve says: "It's often revealing. There's lace, loves and butterflies, and I explore personal feelings. I've answered many questions fans asked over the years too, such as why I left GENESIS. It's taken fifteen years to bring this book to fruition, writing between tours, recording and legal challenges, but that's given me time to really develop it."

Some quotes from Steve taken from the book follow below.

"He lifted his head and looked at me with a steely gaze... 'You've heard of them, haven't you?'

"Once again I was up against that invisible wall, aware I could either choose to sit there and give in or climb over it. But once over the wall, you can never go back. I knew there and then I was about to take a leap of faith into that new world and that my life was about to change for good. I was to board a spaceship to a new planet with a bunch of aliens. I emptied my glass, put it down and walked out through the door into the sunshine, clutching that ticket to Mars."

On creating "The Lamb Lies Down On Broadway":

"We were writing and recording at high intensity. 'The Lamb' is a dense album with tons of detail. Everyone brimming over with ideas, the record was as packed with themes as Times Square is filled with people on a busy night, vocals suddenly abrasive like the horn of a New York fire truck. Forget sweet dreams... the drama unfolds day and night.

"'The Lamb' felt like a titanic adventure we were trying to survive... We struck icebergs, but bravely lurched on into shark infested, uncharted waters.

"Had I done the right thing? It was a big risk and a huge step into the unknown. I was leaving a world class band that was by now filling arenas internationally. I had to trust in the power of my instinct and inspiration..."

Anecdote about a border customs experience...

"On one occasion, after customs found some residual illegal substance left by a previous band in the car we'd hired, we were taken off into separate rooms. The customs guys were confrontational and aggressive, challenging me with large dogs as I stood there without my clothes on. Then suddenly an alarm startled these jumpy characters who swiftly pulled out their guns and spun around wildly, nostrils flaring..."

A GENESIS gig caught up in a revolution:

"The government was about to be overthrown the following day and it was like a tinderbox explosion! There was a riot outside the venue with guns and fire crackers going off and upturned army jeeps in the street. I heard there were fatalities. The gig was oversold. Pyramids of people clambering over each other were dangerously close to the balconies."

And of his current output, Steve says: "Musically, I'm proud of the most recent album 'At The Edge Of Light', with creative involvement from Roger and Jo, plus the most amazing musicianship from band members, orchestral players, singers and instrumentalists from the far pavilions and beyond..."

The launch of "A Genesis In My Bed" comes as Steve is locked down at home, as we all are, having had to abandon his U.S. tour at short notice.

"I'd never had to stop a tour halfway before... At least the gigs were postponed, so we will return!" he says.

"Being on the last flight from Philly to London brought to mind my song 'Last Train To Istanbul'. We were lucky to get back home...

"With our 'Seconds Out' tour plans, we still have something to look forward to beyond these dark times. We have every intention of playing as soon as venues are open again." 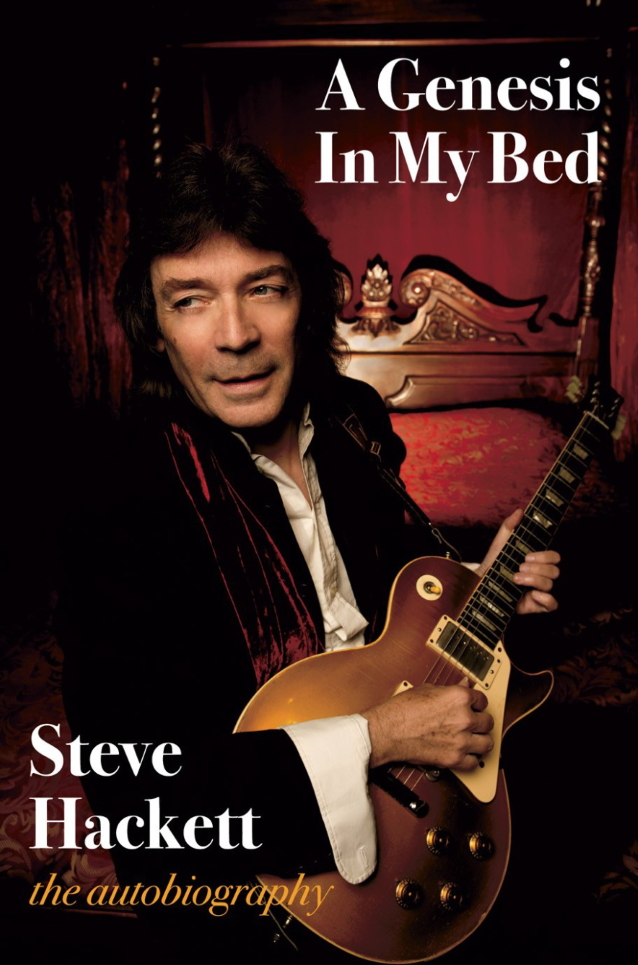