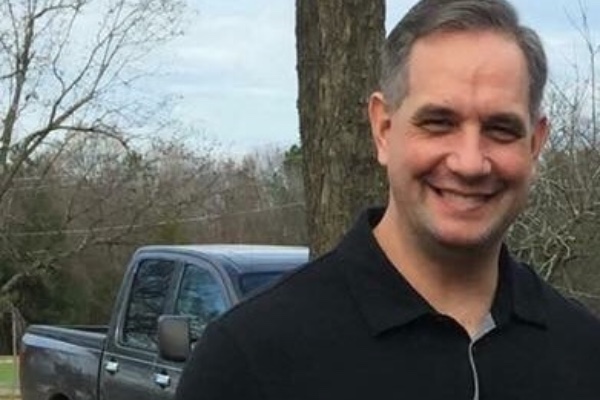 Although the cause of death has not yet been determined, those closest to Hughes expect it to be an aneurysm, as the drummer had been taking medication for high blood pressure for quite some time.

To help Hughes's family with funeral expenses, David's most recent band OCTOBER is offering a download of its "21 Guns" CD on Bandcamp for a mere $7. That link also enables fans to purchase downloads of their entire discography (four CDs) for $10. And there is an option to pay more if you'd like, with all proceeds going to help Dave's family. A GoFundMe page has also been set up to accept donations.

FRANKENSTEIN DRAG QUEENS FROM PLANET 13 frontman Wednesday 13 has posted the following message on his Facebook page: "I was floored when I heard the news that former FRANKENSTEIN DRAG QUEENS drummer David Hughes (a.k.a. Scabs) passed away a few days ago. David played on two FRANKENSTEIN DRAG QUEENS albums, 'Viva Las Violence' and '6 Years, 6 Feet Under The Influence', as well as a ton of shows with the band, even the very last one. David was hilarious and a great drummer. You will be truly missed. See ya on the other side, my friend."