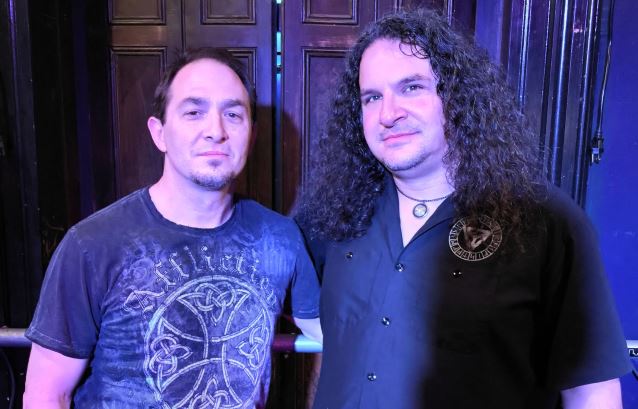 Victor Arduini, a founding member/guitarist of FATES WARNING, has joined forces with Brian Balich, the almighty voice of ARGUS as well as the former singer of PENANCE, in a new project called ARDUINI/BALICH.

"I wanted to really challenge myself again with the writing process and push the boundaries of my progressive past with my current love of doom-styled metal," he explained.

"This is more of a solo effort of music, adding the incredible vocals and lyrics of Brian into the mix, which can only be described as a doom-laden progressive wall of metal.

"We were anxious to let people know of our collaboration and decided to release a song early to get some interest going. Currently all the music is recorded and we will be putting down the vocals over the next few months hoping for a spring 2016 release.

"The first release, 'Forever Fade', is a straightforward chugging and charging onslaught of power of both music and voice. "I can only describe the rest of the CD as songs that musically go in all directions, all time changes and moods," says Victor. "It contains some very dark heavy pieces of music and intricate arrangements that blend our two worlds together. It is very progressive at times and should please many hardcore fans of both of us."