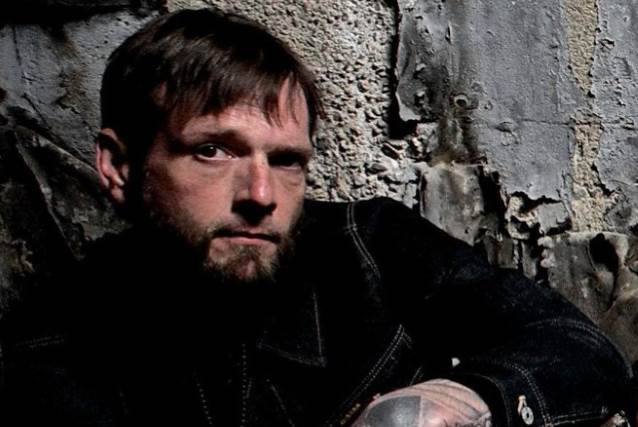 Fresh of a three-week European headlining tour, EYEHATEGOD will return to North American stages this week for the second leg of their tour supporting BLACK LABEL SOCIETY and CORROSION OF CONFORMITY. Scheduled to begin on July 18, the journey will wind its way through more than two dozen cities and includes a handful of headlining shows as well as an appearance at this year's edition of Heavy Montreal and Psycho Las Vegas.

As it did on the European tour, EYEHATEGOD will be playing as a four-piece. Longtime guitarist Brian Patton, who's been missing in action on the last few EYEHATEGOD tours, has issued a statement regarding his decision to leave the band.

"Touring and being away from my family started to get harder after my daughter was born," he said. "Then soon after the arrival of my son, I left for a six-week tour. While I was away, both kids had some serious health scares. Being away from my family while that happened, along with an increasingly busy tour schedule, I decided the best thing for me was to step down. To concrete this decision, after a visit with my wife's parents earlier this year, it became clear that my in-laws' health was rapidly fading and they needed our help. So my family and I have moved to Greensboro, North Carolina to care for them full time.

"Trust me when I say that this has been one of the hardest decisions I've ever had to make. After being in this band for twenty-five years — over half of my life — to say that I will miss it is a huge understatement. I already miss it. Ultimately, I want to be at home with my family. But more importantly, I am truly needed at home.

"I love my brothers in EYEHATEGOD, of course, and wish them nothing but the best.

"Thank you to everyone who has supported me and the music I have played throughout the years. I hope to see you all soon. I plan on playing again in some form or fashion. But for now, my family comes first."

EYEHATEGOD frontman Mike IX Williams recently said that the band was in the process of putting new music together for the follow-up to the 2014 self-titled album. "We were listening to the demo today on our drive here," he told Hayley Leggs before the band's appearance at this year's Hellfest in Clisson, France. "We have a demo of, I think, maybe five or six songs. But I think we're gonna re-record it. 'Cause now we're a four-piece band. And with my health thing over with, it's kind of like a new era of the band."