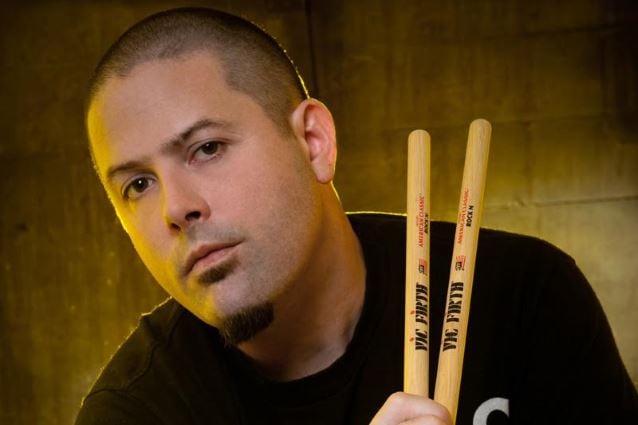 Says Boecklin: "I've been working on this music a little over a year with Max.

"My main focus in the beginning was to not repeat myself musically with a DEVILDRIVER part 2.

"To me, the band is musically and vocally more adventurous. More singing than screaming and more technical than straightforward.

"It feels great to put this together and come back with something that turned out so unique.

"Can't wait to release stuff, but in the meantime here is a teaser with some demo stuff we did before entering the studio."

Boecklin exited DEVILDRIVER in October 2014. He played his last show with the band as part of that year's Knotfest in Devore, California.