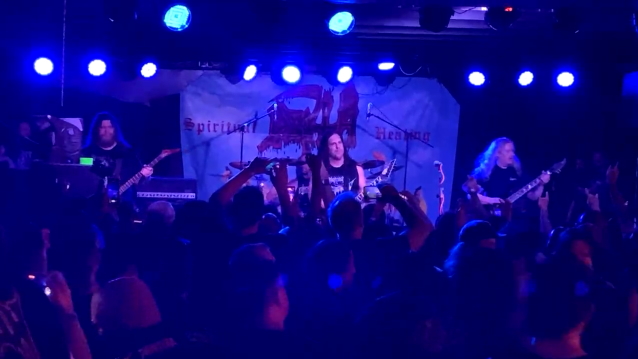 On Saturday (December 11), former DEATH members played the first of two shows commemorating the 20th anniversary of the passing of the band's mastermind Chuck Schuldiner at Brass Mug in Tampa, Florida. James Murphy (guitar) and Terry Butler (bass) performed DEATH's classic third album, "Spiritual Healing" (1990), in its entirety under the LIVING MONSTROSITY banner, while Steve DiGiorgio (bass), Bobby Koelble (guitar) and Kelly Conlon (bass) joined forces as SYMBOLIC to play songs from "Human" (1991), "Individual Thought Patterns" (1993), "Symbolic" (1995) and "The Sound Of Perseverance" (1998). Fan-filmed video footage of the concert can be seen below.

Tonight's show (December 12) at the Brass Mug will be livestreamed worldwide. Livestream tickets are on sale now at this location.

The Brass Mug, which has been in continuous operation since 1974, has hosted many of the Florida death metal bands in their early years.

"We wanted this historic event to be at a place that also has some historical significance to the metal community," said Leo Lozano, co-producer of the show and guitarist and vocalist of SYMBOLIC.

In addition to the two-disc edition, a limited-edition (2000 machine-numbered copies) triple-CD digipak was made available exclusively from Relapse.com. The third CD featured a never-before-released live set recorded in 1990 featuring the "Spiritual Healing" DEATH lineup. An iTunes deluxe edition was also released containing five additional previously unreleased pre-"Human" rehearsal tracks not available on either of the CD versions.

Relapse released the first-ever fully authorized DEATH tab book, featuring 21 classic songs tabbed out for guitar from the band's entire discography. The book, which includes traditional notation as well as tablature, also comes with a digital download of all tracks.

In a 2011 interview with Bass Musician magazine, DiGiorgio stated about working with Schuldiner: "Sometimes people make good music together, and sometimes they vibe like yin and fucking yang. Chuck is credited with a lot of things in the music world (metal world, of course), but one thing a lot of people don't know much about is how aware he was. What I mean is that he was a good listener. If I thought of a wacky bassline to something he was writing, before I could even try to explain why it came to me, he was already ahead of it and looking for something on the next part. He had a good sense of when to hold me back and when to push me. It was great to have someone, especially the 'main man' of the band not only appreciate what I contributed but also help me find my inner demon to conjure even sicker and more abstract things to play. There really was some math going on in that roiling storm sometimes."

Spiritual Healing…
A Tribute to Chuck Schuldiner's Life and DEATH

A Tribute to Chuck Schuldiner's Life and DEATH ?

What a great night for metal in Tampa! I'm not sure we will ever get that many old school metal alumni in one room...

A line at the Brass Mug haha!. 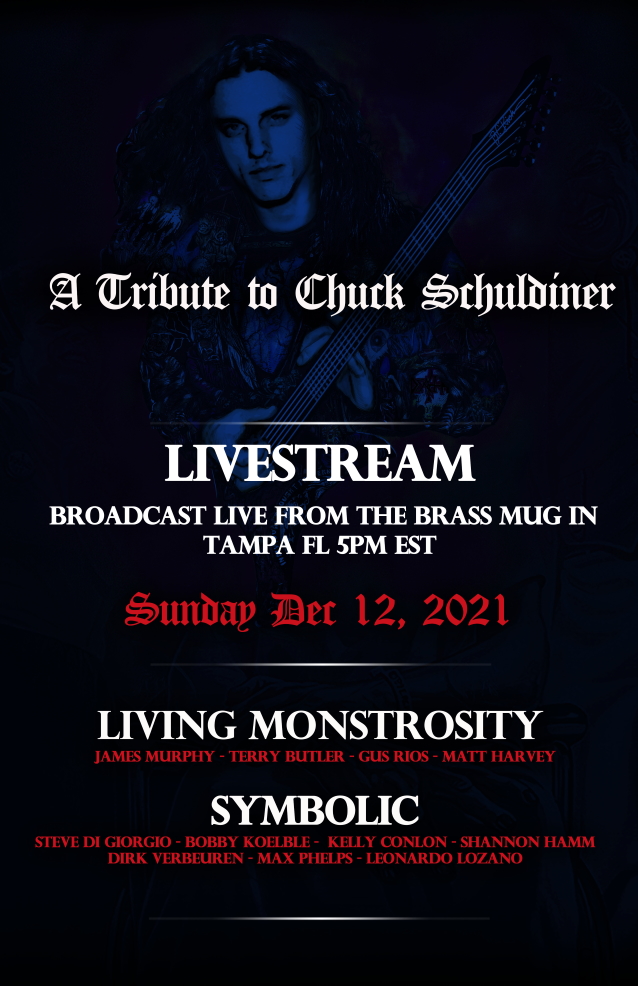 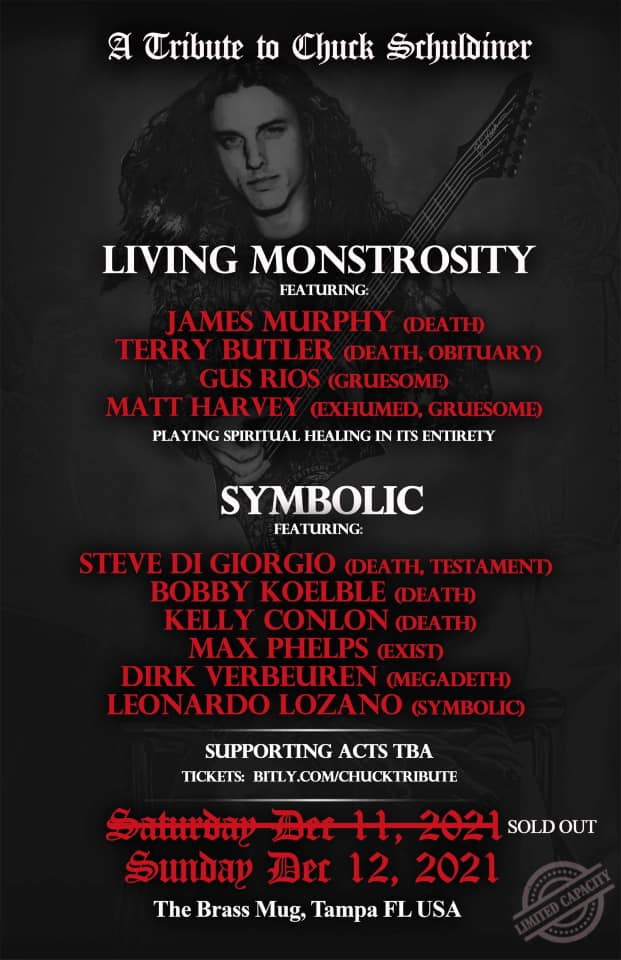