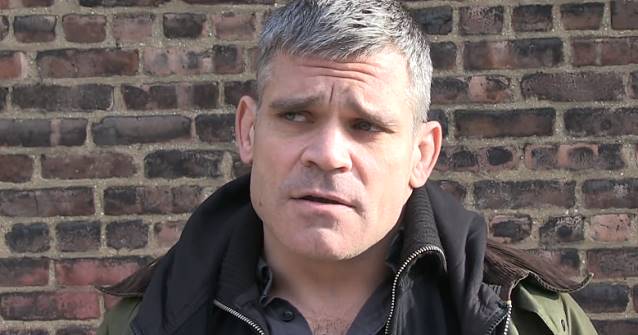 Former CRO-MAGS bass player and one-time frontman Harley Flanagan is in the process of recording his newest LP, to be released later this year on Southern Lord.

With his musical roots tracing back to the beginning of the 1980s, Flanagan was involved in New York City punk act THE STIMULATORS before even hitting his teens. In the mid-'80s, he founded the legendary hardcore/crossover act the CRO-MAGS, directly after which the band released its seminal "The Age Of Quarrel" LP. At the beginning of the millennium, the artist formed his own HARLEY'S WAR and released his debut album, "Cro-Mag", in 2002. Flanagan and several other players recently started laying down the basic tracks for the impending yet-to-be-named album, which will close the extensive twelve-year gap since the band's initial works were released, and will undoubtedly be one of the premiere hardcore/punk releases of the year.

Said Flanagan about signing with Southern Lord and the ongoing recording process of the new material: "I think that this is some of the hardest stuff I have written in a long time. God knows there has been a lot of inspiration over the last few years." Southern Lord owner Greg Anderson this week stated about the upcoming release, "The demos we have heard thus far are incredible! We're really looking forward to hearing this when it's completed."

A demo version of a new solo song titled "Trust No One" from Flanagan can be streamed below. The track, which features Al Romano (SUN RED SUN, BELLADONNA) on guitar, is expected to appear on Flanagan's upcoming CD.

"Trust No One" is the first new material from Harley since the HARLEY'S WAR EP, "Life Is A Struggle", which came out in 2012.

Flanagan made headlines in July 2012 when he allegedly attacked two members of the current CRO-MAGS lineup during the CBGB Festival in New York City.

Flanagan was initially charged with felony assault and criminal possession of a weapon in connection with the incident, but those charges were eventually dropped.

New York Natives in 2012 published an interview with Flanagan in which Harley claimed that he was invited to the Webster Hall gig and had a VIP pass which he used to enter the venue. He said he went there with "the best of intentions" hoping to mend years of bickering and make the fans happy. After he was invited to the backstage dressing room, he said that instead of being welcomed, as he expected to be, he was jumped by a group of men.