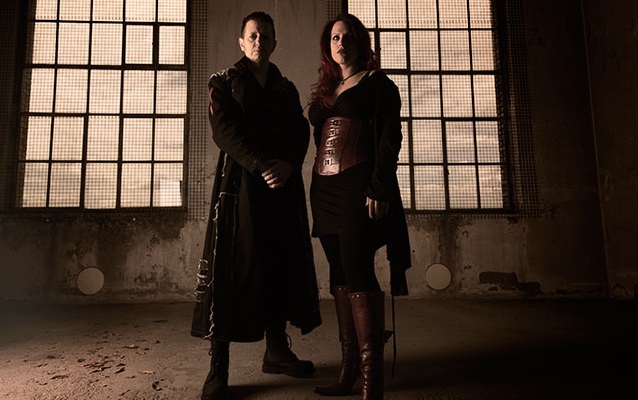 THE BORIS KARLOFF SYNDROME (TBKS), the band founded by former CELTIC FROST and CORONER guitarist Oliver Amberg, is working on its first concept EP, "Kopophobia" (an abnormal fear of mental or physical exhaustion), for a late 2014 release. The effort will include seven songs and will be recorded in Dinhard, Switzerland and Munich, Germany. As a special feature, Thomas Ott will contribute illustrations to the CD's booklet; seven drawings exclusively for "Kopophobia". The mastering will be handled by Matt Colton (GARY NUMAN, MUSE).

The group's sound is described in a press release as "a wicked mixture of industrial, metal, rock, pop and soundtrack music."

In a recent interview with Metal Empire, Amberg stated about his time with CELTIC FROST and CORONER, "I was a member of the very first CORONER lineup featuring Marquis Marky on drums. Back then, CORONER played a different style of metal. In 1989 I played with CELTIC FROST on 'Cold Lake' — an album not everybody enjoyed — and had the pleasure to tour with the band through the USA and UK."