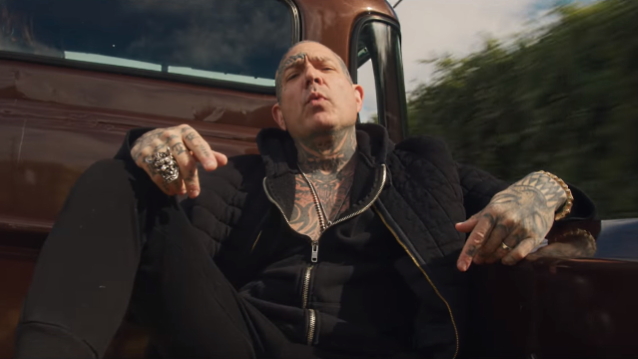 Inked said in a statement: "The long wait is over. We at Inked are proud to be launching Inked Music with the world debut of hip-hop artists SVG$'s new song called 'Authentic'! This is the first-ever song release in the history of Inked Music. We have been looking forward to this day, and it is here! We had so much fun making this video with our beautiful Inked and IsMyGirl models. We put our hearts into this project, especially for you, and we hope you like it as much as we do!"

Seinfeld made his final recorded appearance with BIOHAZARD on 2012's "Reborn In Defiance" album, which marked the first LP featuring the band's original lineup in 18 years.

The group, which is acknowledged as one of the earliest outfits to fuse hardcore punk and heavy metal with elements of hip-hop, has been out of the public eye since Evan's replacement, Scott Roberts, left more than three years ago.

For the past eight years, Seinfeld has been married to Lupe Fuentes, a Colombian house music producer, DJ, and former pornographic actress.

Last year, BIOHAZARD guitarist/vocalist Billy Graziadei told Mass Movement that he no longer has any contact with Seinfeld, who left BIOHAZARD eight years ago after fronting the group since its 1987 inception. "I haven't talked to him since he quit the band a long time ago." Billy said. "I was a little bit… I would say 'bitter,' but hurt. But I think he quit the band years before he actually physically quit. But I wish him well. I don't have any ill thoughts on that situation. We moved on. And Scott was a great addition to BIOHAZARD, but he also quit."