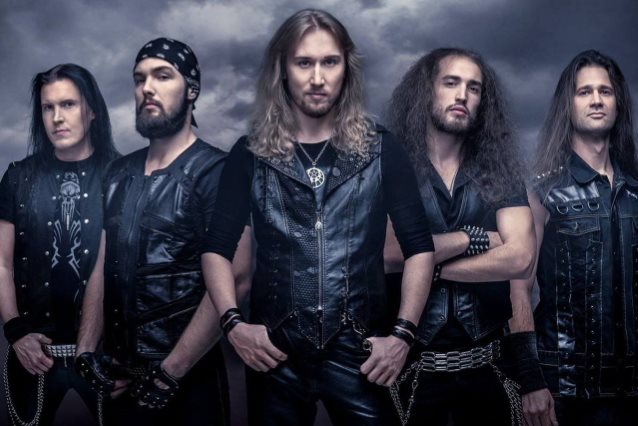 BEAST IN BLACK, the Helsinki, Finland-based metal band led by former BATTLE BEAST guitarist and main songwriter Anton Kabanen, has completed work on its debut album. The disc was produced by Kabanen and recorded primarily at his studio, Sound Quest Studio.

BEAST IN BLACK is working on securing a record deal for the release of the album, which is tentatively due before the end of the year.

Kabanen exited BATTLE BEAST in February 2015 due to what was described at the time as "insurmountable disagreements" with the other members of the band.

Video footage of BEAST IN BLACK performing a new song called "Go To Hell" at last year's Tuska festival in Helsinki, Finland can be seen below.