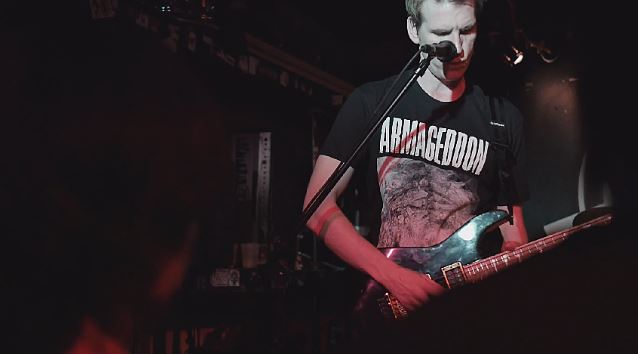 Fan-filmed video footage of ARMAGEDDON, the band led by former ARCH ENEMY guitarist Christopher Amott, performing on October 11 at The Trash Bar in Brooklyn, New York can be seen below.

ARMAGEDDON recently inked a deal with Listenable Records. ARMAGEDDON's new album, "Captivity & Devourment", will be released on January 26, 2015. The CD was mixed by Fredrik Larnemo at Studio Recordia and mastered at Stockholm Mastering.

Says Amott: "Me and [Listenable] head of label Laurent Merle go way back and I'm looking forward to working alongside him and his staff to make ARMAGEDDON the absolute best it can be."

The cover artwork for "Captivity & Devourment" was designed by visual master Paolo Girardi, who created this oil painting after reading the album lyrics and story written by Claudius. The group states: "He took his own inspiration and painted a scene of total destruction as described across the album. We thoroughly enjoyed our collaboration with him. We strictly did not want the uninspired digital photoshop album art that is so prevalent these days. This is hand painted visions of a man inspired by music." 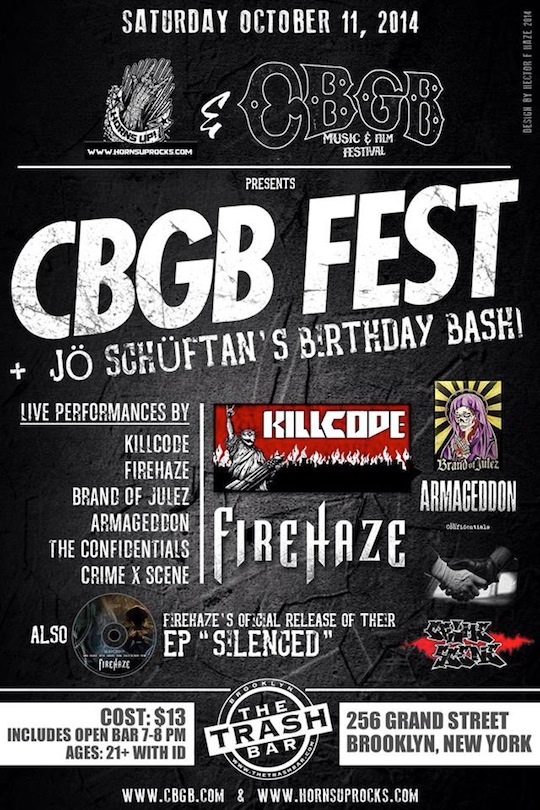