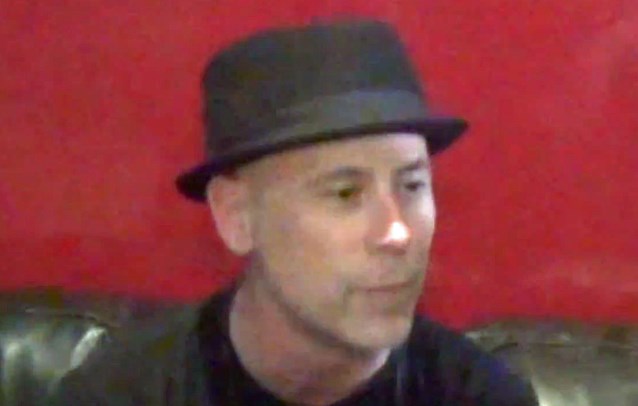 Asked about his current relationship with ANTHRAX guitarist Scott Ian and drummer Charlie Benante, ARMORED SAINT singer John Bush — who fronted ANTHRAX from 1992 to 2005 — said: "It's fine with Scott. I'm gonna see him tomorrow, 'cause he's having a book-release party. He's put out a book and he's having a… I guess he's talking about it and doing some excerpts and he's having a function and I was invited to go… Yeah, everything is cool with Scott. I haven't talked to Charlie. I haven't talked to him in probably a couple of years, actually, which is a little sad, actually, 'cause I was close with him. But, you know, things kind of got weird. And… I don't know… Maybe he doesn't wanna talk or something. I'm cool. It's all good on my end. I think everything that ANTHRAX is doing is the right thing for them. So that's fate and the way that it worked out and it's all good. And I'm happy, and life is good."

In a 2012 inteview with The Nervous Breakdown, Bush stated about his time with ANTHRAX: "I was in ANTHRAX for a long time. From '92 to 2005. Basically, thirteen years. We made four records of original material. I did a lot of touring. And I think we made some really cool albums and some cool music. It was a change in the way things were going. The face of rock and roll was changing, and I think ANTHRAX embraced that and I'm proud of that."

He continued: "For a long time it seemed like we were a band that tried to convince people that we were the same band. But in a weird way, I think we did morph a little bit in the '90s and grew and went with the times, and in retrospect, I think it was the right decision.

Bush added: "I'm proud of everything I did with the band. I think we made some great music.

"It was hard because ANTHRAX was such an important band in the '80s and made their mark in the '80s and it was kind of difficult to compete with yourself in a weird way. I think it was hard for the other guys — let alone myself — to try and overcome what the band did in the '80s and say that this music was equally important. But I think it is and I think in time people will give it a more objective viewpoint."