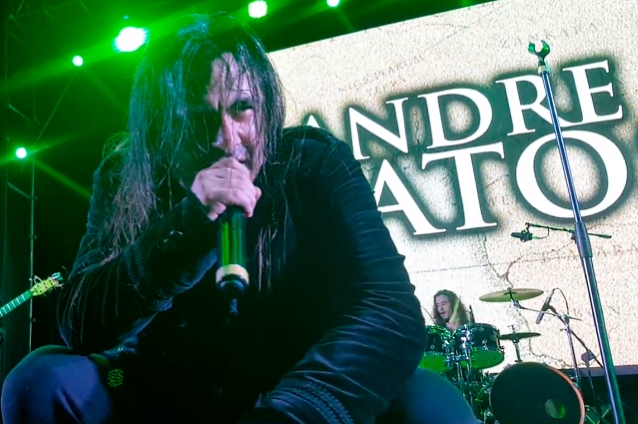 The official Facebook page of André Matos, former lead singer of the Brazilian metal band ANGRA, has confirmed that the musician died of a heart attack on Saturday (June 8).

Because André was "an extremely reserved person" who made it clear while he was alive that he did not want his family to have a wake or him, the 47-year-old will be cremated today in the presence only of relatives, the message on his Facebook page said.

André performed last Sunday (June 2) at the Espaço das Américas in São Paulo with SHAMAN and also made a guest appearance with the show's headliners, AVANTASIA.