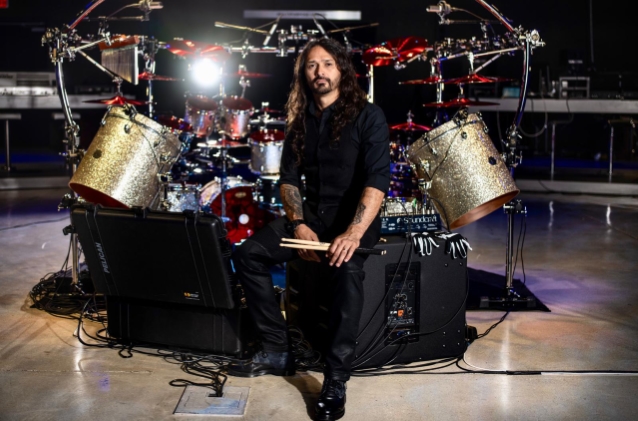 Drummer Aquiles Priester has just released the first official teaser for his new DVD and Blu-ray, "All Access To Aquiles Priester's Drumming". The set was recorded in August 2018 at the Harman Experience Center in Los Angeles, California. It was shot by Foggy Films with 12 cameras, designed by producers Junior Carelli and Rudge Campos, in partnership with Adair Daufembach, who took care of the recording, mixing and mastering.

Pre-orders for "All Access To Aquiles Priester's Drumming" will begin on January 15 and will include an opportunity for fans to purchase a ticket for a screening of the Blu-ray in São Paulo, Brazil. Aquiles will also hold a launch workshop in São Paulo, followed by an autograph session.

Born in South Africa, Priester has collaborated with such bands and solo artists as ANGRA, W.A.S.P., HANGAR, MIDAS FATE, PRIMAL FEAR, Paul Di'Anno (ex-IRON MAIDEN), Tony MacAlpine and Vinnie Moore. He is also known for having participated in the widely talked-about DREAM THEATER drummer audition which took place after Mike Portnoy had left the band. It was after that event that DREAM THEATER guitarist John Petrucci recommended Priester to another great guitar virtuoso, Tony MacAlpine.