Featuring a lineup that includes two former AC/DC members (Simon Wright and Mark Evans), late AC/DC singer Bon Scott's son (Dave Stevens), Aussie rock stalwarts from THE ANGELS and THE POOR (James Morley and Skeenie) and rounded off with YouTube tone maven Fil "SoloDallas" Olivieri, "Bon But Not Forgotten" brings together some of the world's finest rockers to pay tribute to Scott.

Confirmed "Bon But Not Forgotten" dates:

On February 19, 1980, the 33-year-old Scott passed out after a night of heavy drinking in a London club and was left to sleep in a Renault 5 owned by an acquaintance named Alistair Kinnear outside a house in East Dulwich, London.

The following morning, Kinnear found Scott lifeless, and alerted the authorities. Scott was rushed to the hospital, where he was pronounced dead on arrival. The official cause was listed on the death certificate as "acute alcohol poisoning" and classified as "death by misadventure."

AC/DC guitarist Angus Young told The Pulse Of Radio a while back that the band almost didn't get past Scott's death. "Bon was the big — he was a full-on frontman, plus he had this great character, you know," he said. "I mean, he just lived that rock 'n' roll life. With Bon, what you saw was what you got and, yeah, it was pretty, pretty tough."

The band vowed to carry on, recruiting new singer Brian Johnson and recording the classic "Back In Black" album within five months of Scott's death. Worldwide, it would go on to become the biggest-selling rock album of all time. 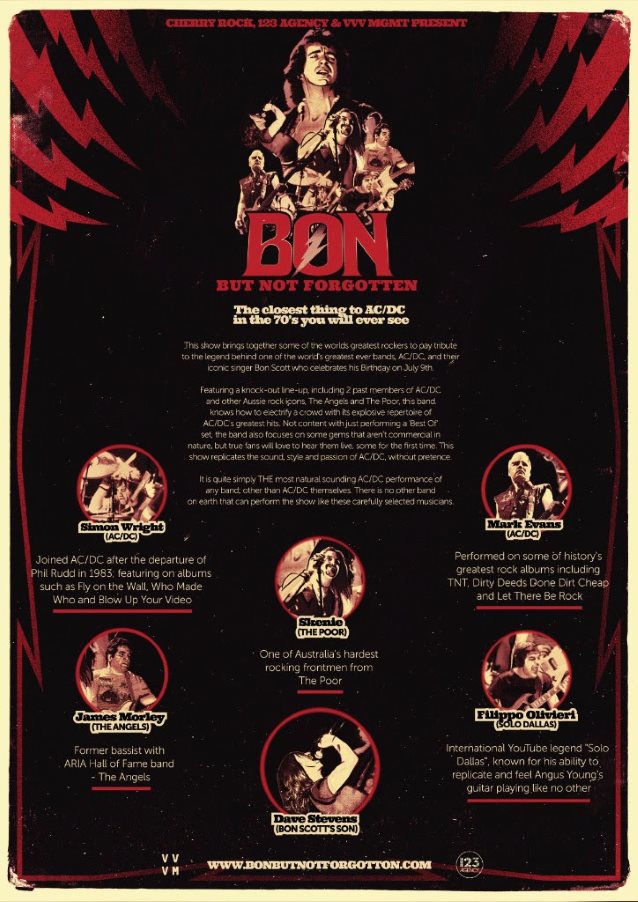