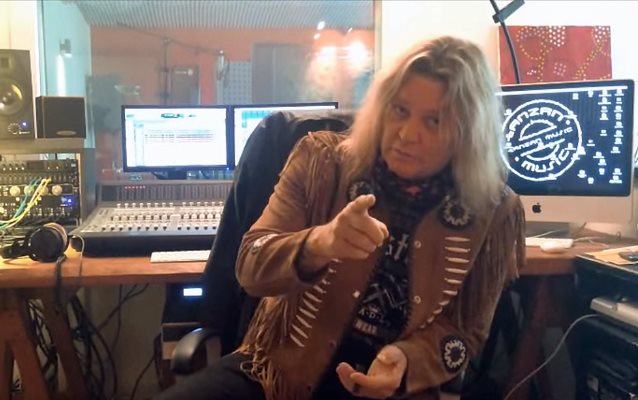 For fans of melodic hard rock, the name David Reece will be a familiar one. Since bursting onto the scene as the then-new frontman for German legends ACCEPT, David has released no less than 15 full-length recordings and appeared on numerous more. His diverse catalog encompasses his early '90s success with BANGALORE CHOIR, known for their MTV hit "Loaded Gun", The powerful modern metal project SIRCLE OF SILENCE, numerous solo releases, and most recently David has been fronting another legendary German act, BONFIRE.

Mario Percudani is also a name many in the melodic rock world will be familiar with, having worked with legendary acts such as Bobby Kimball, Ted Poley, Bobby Barth, Vinny Appice and many more.

Mario merged his roots in blues and seventies rock music. With a style that ranges from rock, pop, blues to soul and American West Coast. His fantastic guitar playing and songwriting skill ensures that this new partnership with David Reece is going to be a winning combo!.

The band lineup is rounded out by two other exceptional musicians; bassist Stefano Scola from hard rockers HUNGRY HEART, and drummer Ale Mori who has made his name working with Glenn Hughes, Steve Lukather and Bernie Marsden.

Look for the REECE PERCUDANI GROUP on the road and in the studio in 2016 and beyond. 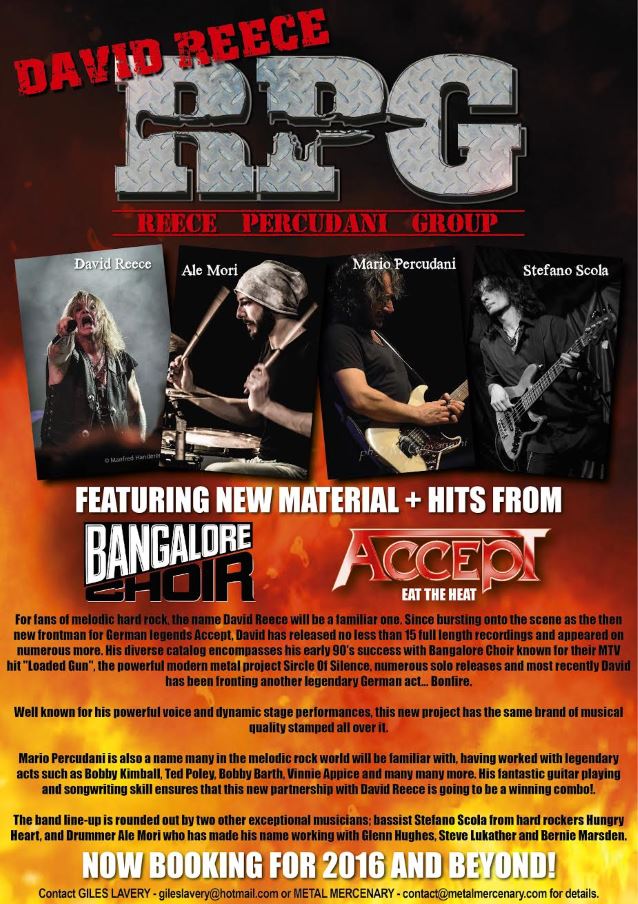