Due to "some unfortunate circumstances," bassist Nick Cates is no longer a member of the Vancouver, British Columbia, Canada-based band 3 INCHES OF BLOOD. The Seattle-based musician, who has also recorded and toured with KANE HODDER, is looking to put together or join a new project.

As a special treat for all who waited to get it, there are four bonus tracks included on the album that were previously unavailable outside of the U.K.

3 INCHES OF BLOOD is rumored to be in talks with Century Media Records about a new record deal following the band's split with Roadrunner.

Capital Chaos has posted video footage (see below) of 3 INCHES OF BLOOD performing on January 12, 2009 at The Boardwalk in Orangevale, California. Also on the bill were SEXCIETY, TOXIC HOLOCAUST and EARLY MAN. 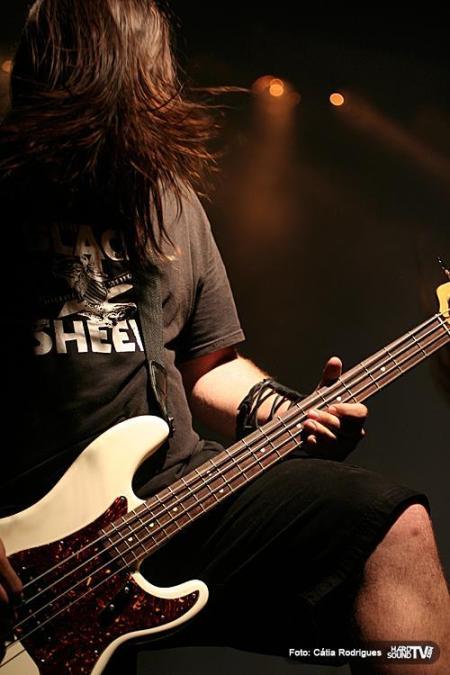