Guitarist Mick Jones leads the current version of FOREIGNER, which has been out on the road this summer with STYX and former EAGLES guitarist Don Felder. He told The Pulse Of Radio that he's thrilled with the fact that the older the songs get, the younger the audience seems to be. "Luckily, we have a lot of great attendance at our shows and it's fun playing for younger folk," he said. "There's a lot of interest from younger people that must've heard it passed down from their parents, their siblings or whatever. Y'know, some nights you look out there and you wonder what year it is. It's like kids singing the songs, know the lyrics, go crazy and it's like, wow, am I still… is this still happening, y'know? [laughs]"

Gramm recently revealed that he will get together with Jones later in the year to write new songs that will be made available on the two musicians' upcoming solo albums, both of which are expected to surface in 2015.

Jones and Gramm's June 2013 performance of "I Want To Know What Love Is" and "Juke Box Hero" at the Songwriters Hall Of Fame in New York City marked the first time the pair has performed together in a decade after Gramm left FOREIGNER for a second time. According to Gramm, "There's always the possibility that we'll perform together again — that's been mentioned between the two of us, and we kind of said, 'Yeah, that would be fun' — but there's nothing going on between our respective managements about, 'Oh, let's make sure we put that together.'"

The singer also commented on the recent interview with Jones in Classic Rock magazine in which the guitarist revealed that the duo, who wrote most of FOREIGNER's classic hits together, might be revisiting some of the tunes they were "writing in the '80s, but never quite finished." Jones added: "We might take time next year to bring a couple of those out of the vaults… It's a question of wading through them and finding a cassette machine to play them on."

Said Gramm: "It's actually the songs we were writing, working on together when we split up in 2003, so those were songs that were done at the end of the '90s and early 2000s, and they're really good. I have the demos." 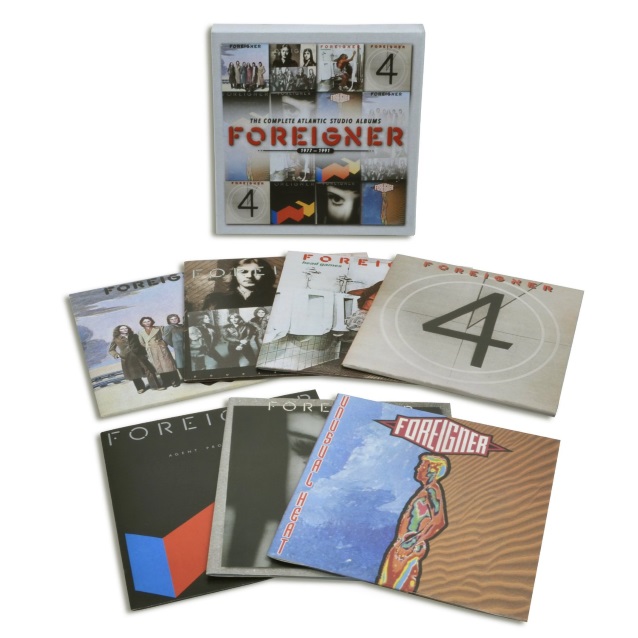