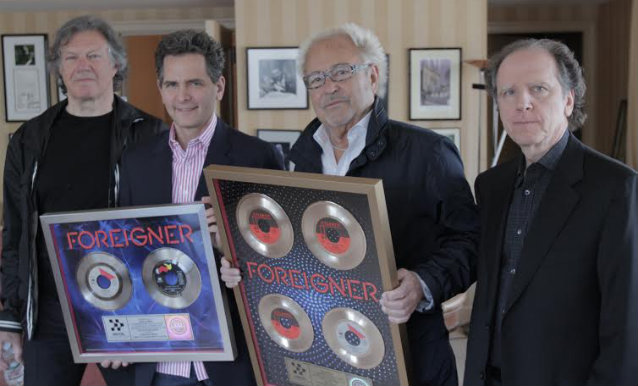 With ten multi-platinum albums and sixteen Top 30 hits, FOREIGNER is universally hailed as one of the most popular rock acts in the world, with a formidable musical arsenal that continues to propel global album sales, now exceeding 80 million. This week, FOREIGNER celebrates another milestone as six of its iconic anthems receive gold and platinum digital certification by the esteemed RIAA (Recording Industry Association Of America) — more than any other of classic rock radio's Top 15 artists, including contemporaries VAN HALEN, LED ZEPPELIN, THE EAGLES, JOURNEY, and many more. On hand to commemorate this momentous occasion was Atlantic Records Chairman and CEO Craig Kallman, who presented FOREIGNER's founding member Mick Jones with multiple gold and platinum records.

FOREIGNER co-manager and Atlantic Records veteran Phil Carson said: "For me, the most significant part of today's event is the platinum certification of 'Juke Box Hero'. We tried everything we knew to break the song early in 1982, but it peaked at #26 with just 40,000 or so sales. For it to pass one million in the digital era is a testament to the band's hard work on the road, making this a high point in every performance, and to the relevance of Mick's songs and FOREIGNER over thirty years later."

Kallman commented: "Few bands in rock history have had the longevity and impact of FOREIGNER. It is a tangible reflection of Mick's timeless songwriting, stellar musicianship, and brilliant vision for the band that their music continues to strike a nerve today, earning new fans around the world. FOREIGNER joined the Atlantic family nearly 40 years ago, and we are immensely proud to have this incredible body of work as part of our heritage."

FOREIGNER's skyrocketing sales and renewed popularity among a whole new generation of fans is the result of the music's pop culture renaissance. The band's songs have stood the test of time and the lyrics continue to resonate today. Recently inducted into the Songwriters Hall Of Fame, Jones says: "Our music has touched a lot of people worldwide. Unwittingly, we've been weaved into the fabric of people's lives." FOREIGNER continues to be one of the 15 most-played artists on classic rock radio, has been featured on the Billboard Top 200 album chart multiple times this year, and hit the Top 50 on SoundScan's Catalog chart. (Source: Nielsen SoundScan)

The year 2014 kicked off for FOREIGNER with an appearance on "The Tonight Show", followed a month later by host Jimmy Fallon's now legendary lip synching of their hit "Juke Box Hero" for his millions of viewers. A YouTube video of the performance immediately went viral, with over 10 million views, and FOREIGNER quickly felt "The Fallon Effect," with downloads of the track tripling.

FOREIGNER's music had another Hollywood moment in February 2014, when the anthemic "Feels Like The First Time" was played during the 86th annual Academy Awards live show to introduce the "Live Action Short Films" category, presented by Kate Hudson and Jason Sudeikis. The song also had its own cameo in February as part of Pepsi's Super Bowl XLVIII "Get Hyped For Halftime" campaign.

Music supervisors across film and TV continue to take note, as films like "Anchorman 2", "Magic Mike" and "Pitch Perfect" have recently featured FOREIGNER's music, as have TV shows like "The Voice" and "Glee", along with video games like "Grand Theft Auto V" and "BandFuse".

This summer, FOREIGNER will keep the moment going as they are joined by STYX, with very special guest Don Felder (former EAGLES guitarist/songwriter) for "The Soundtrack Of Summer" three-month U.S. trek, which will kick off May 14. 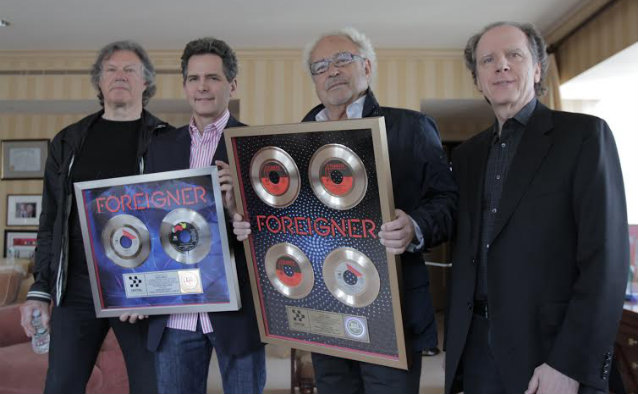